A new, high-powered, light-emitting diode system has been assembled and tested over a 80 ha field of wheat (Triticum aestevum) by mapping the normalized difference vegetation index (NDVI) at altitudes ranging from 15 to 45 m above the canopy; significantly higher altitudes than existing systems. Comparisons with a detailed on-ground NDVI survey indicated the aerial sensor values were highly correlated to the on-ground sensor (R2 between 0.79 and 0.85), with close to unity slope and zero offset. The maximum average deviation between aerial and on-ground NDVI values was 0.04. Sample calculations involving two exemplar algorithms, one for estimating monoculture pasture biomass and the other for estimating wheat yield, indicate such deviations to have no significant effect on prediction accuracy. The subsequent NDVI maps proved to be invariant to sensor height over the 15-45 m altitude range meaning this new sensor configuration can be deployed over undulating crops and pastures and in areas with nearby obstacles such as trees and buildings. 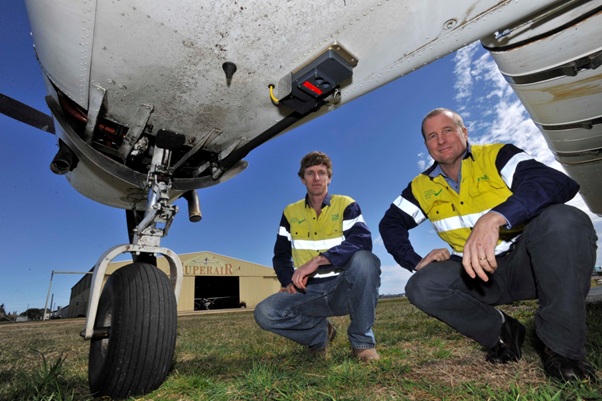