The Story of Oorala Aboriginal Centre

'Oorala' is an Aboriginal word that comes from the Anaiwan language. Oorala means camp, a place where people come together.

This storyboard installation depicting Oorala's milestones is found in the Oorala entrance way.

The Beginning of the Oorala Centre 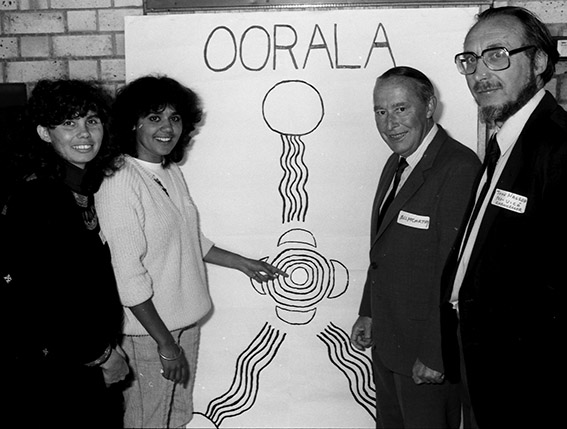 The Oorala Aboriginal Centre (originally known as the Aboriginal Resource Unit) was established to support the growing number of Aboriginal students at UNE. In 1985, the University made the decision to appoint an Aboriginal Research Fellow. Ms Lynette Riley commenced in the position the following year and the Centre officially opened in April, 1986. The purpose of the Centre was to provide an area for study, tutorials and contact between students enrolled at UNE.

Early on in Oorala’s history the Oorala Lecture Series and the annual Frank Archibald Memorial Lecture were established. Oorala also supported the development and growth of the Yarm Gwanga Child Care Centre and the Ee-Ke-Nah hostel for Aboriginal university students. 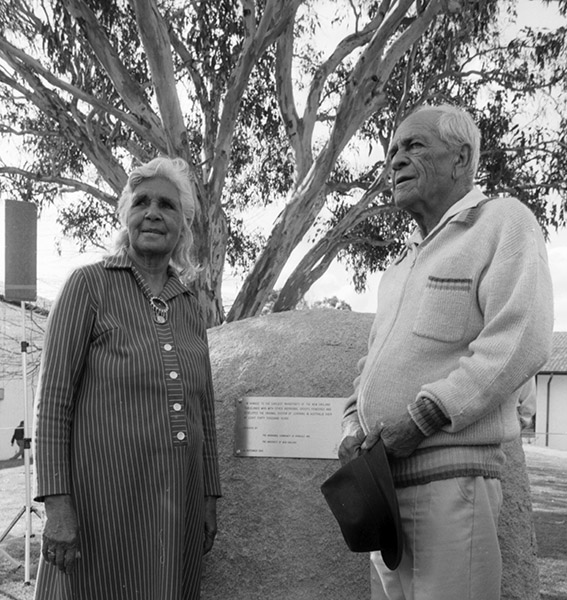 A History of Education

A plaque was unveiled at UNE in September 1988, to ‘pay homage to the earliest inhabitants of the New England Tablelands, who, with other Aboriginal groups, pioneered and developed the original system of learning Australia over at least forty thousand years’. The memorial also acknowledges the
university’s increased commitment to Aboriginal participation in education 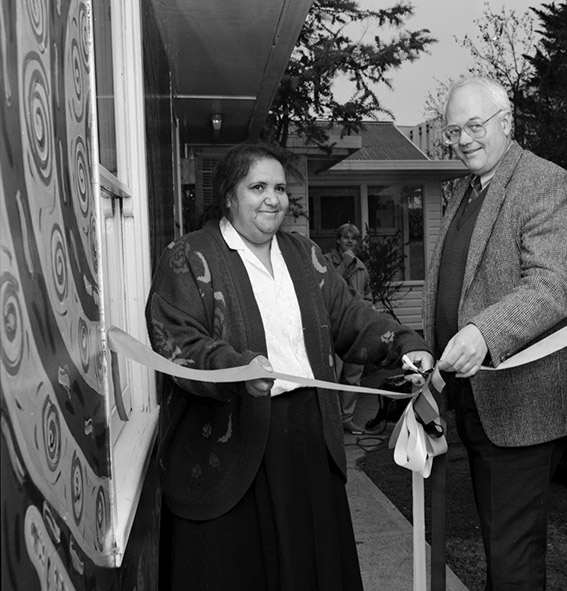 A Period of Growth

Originally located in the old Archaeology building the Oorala Aboriginal Centre briefly moved to a modest wooden hut, the Alluna Building, behind the Faculty of Arts, before finding a more permanent home on its current site in 1992, providing students with access to dedicated facilities, a common room and later a computer lab. In 1993 the Aboriginal Resource Unit was renamed and became the ‘Oorala Aboriginal Centre’.

Throughout the 1990s, Oorala continued its work supporting the growing number of Aboriginal and Torres Strait Islander students at UNE, which by the mid 1990s had reached 164 enrolments.

The University continued to offer the popular Associate Diploma in Aboriginal Studies. The course had 69 Aboriginal and Torres Strait Islander graduates between 1986 and 1997. 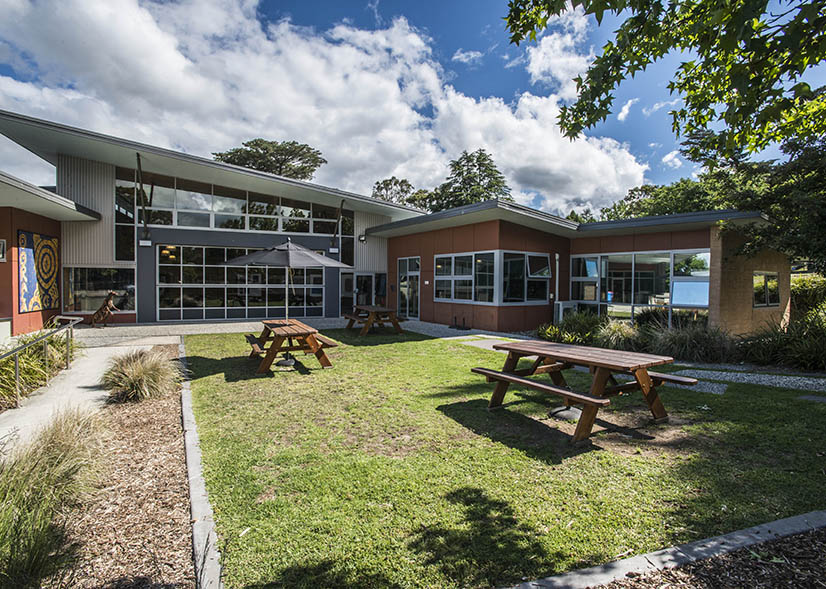 award for Oorala's support of the learning needs of Aboriginal and
Torres Strait Islander people in Correctional Centres in NSW and South-East Queensland 2007 Carrick Award to staff for outstanding contribution to student learning.

In 2002 UNE was awarded a Commonwealth grant through the Department of Education, Science and Training, for design and construction of a new building
for Oorala. The existing Oorala building was demolished and by early 2007
Oorala was located in its new Centre with state-of-the art teaching and learning  spaces for staff, students and to support community  engagement.

In 2012/13 Oorala introduced three undergraduate units and one post-graduate unit (OORA 100/300: Aboriginal Resilience and the Arts, and OORA 200/400: Working with Aboriginal People) which have continued to be
incorporated into an increasing number of UNE disciplines. In 2016, recognising that high school students are our future leaders, the Aboriginal and Torres Strait Islander Oorala Youth Program began with the introduction of UNE Experience Days and the Youth Leadership Camps. The Oorala Aboriginal Centre has become an integral part in the engagement of UNE’s nearly 900 Aboriginal and Torres Strait Islander students and thirty years after its founding the Centre successfully celebrated its 30th anniversary in 2017.

A major focus of the Centre’s work is to support the 80% of Aboriginal and Torres Strait Islander students who study online; providing scholarship opportunities to undergraduate and the increasing number of post-graduate students; and assisting the next generation of Aboriginal and Torres Strait Islander people to explore pathways to higher education through its Youth Leadership Camps and UNE Experience Days. 2017 saw Prof Jack Beetson and Mrs Dianne Roberts awarded Honorary Doctor of Letters honoris causa (HonDLitt), the first Aboriginal recipients of UNE Honorary Doctorates. Professor Beetson is honoured for his outstanding and ongoing contribution to adult education in Indigenous communities both in Australia and overseas. Mrs Roberts was nominated for her distinguished service to the Aboriginal community within the broader New England region as well as her continuing service to the Oorala Aboriginal Centre at UNE and Aboriginal education, generally.