Finding a niche in archaeology

Published 01 March 2018
“In my first year of university study I didn’t really know where I was going.” Sound familiar? As scores of new University of New England (UNE) students file in for their first se… 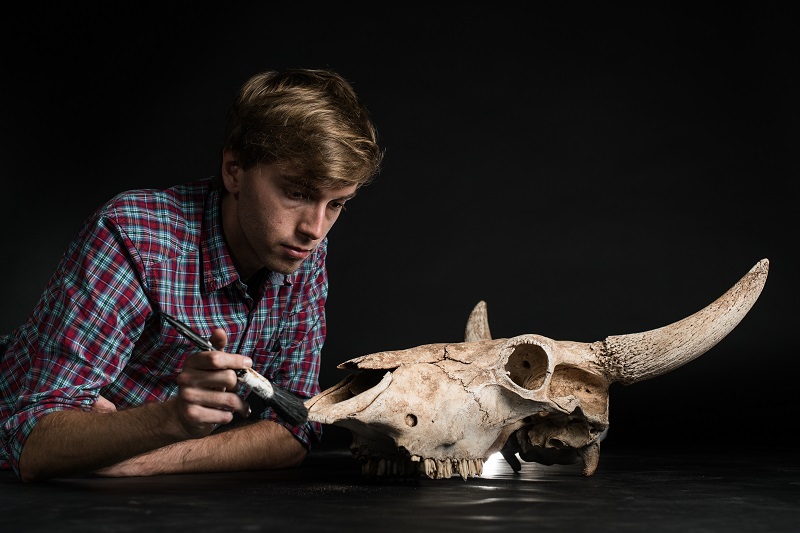 “In my first year of university study I didn’t really know where I was going.” Sound familiar?

As scores of new University of New England (UNE) students file in for their first semester of study, some will undoubtedly relate to this admission from current UNE PhD candidate James Roberts.

“It wasn’t until I started second year that I really found something that interested me – archaeology,” said the 24-year-old, who moved from the United Kingdom to UNE in 2016. “I realised that it didn’t just deal with the past, but humans and humanity and how we view ourselves today, our impact on our environment and contact with other cultures. It just goes to show that you need to keep an open mind about where your study can take you.”

And in James’ case, that’s to the desert sands of Rub’ al-Khali, in Dubai, and halfway around the world to Armidale. James first visited the Saruq al-Hadid Archaeological Research Project site in February 2015, during his Masters study at the University of Nottingham. It was his first time outside Europe and he’d never been to an Arabic-speaking country before.

“I ended up staying for two months, then returned for the field season the following year, after I had completed my Masters,” James said. “That’s when Lloyd Weeks (who had been a lecturer and Associate Professor at the University of Nottingham and was by then the Head of the School of Humanities at UNE) offered me a PhD.”

And James’ advice for new students?

“Don’t just float through your studies. Put yourself out there and try to hook on to something that interests you as soon as you can. It’s okay to not know what you want to do, but say ‘yes’ to things. Don’t let your fears prevent you from trying things

“University is great for taking you down new paths. There’s not the same divide between staff and students as there is in high school; you can go up to lecturers and postgraduate students and ask them questions. You can also express yourself in new and different ways. This is the time to explore new passions.”

For James, that passion became zooarchaeology – the study of animal remains and the interactions between past humans and animals – and the rest, as they say, is history.