The Potential Use of the EM38 for Soil Water Measurements 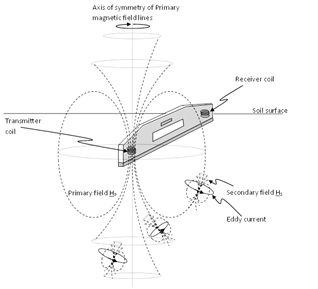 Sensitivity of EM38-type devices to soil water. salinity and texture at different depth below the soil surface. The blue bars indicate the response in vertical mode (most commonly used orientation) and the red bars are the horizontal orientation.

What Influences the strength of the return signal, and what do we get from an ECa survey? Diagram showing the propagation of magnetic field from vertically  and a horizontally orientated bar magnet.

Can we measure the soil water content with an EM38?

How can we practically measure soil water with an EM38?

Other important observations we’ve made: