Aboriginal Education—Development or Destruction. The Issues and Challenges that have to be Recognised

From the commencement of the formal administration of Aboriginal Affairs, education has played a central role in the life of the Aboriginal community.

The decision-makers of the past used education as a tool for assimilation. After the initial contact period, assimilation became the overriding policy. It was to be implemented through special schooling. Schooling was the means by which they separated the children from their heritage.

In the first schools established for Aboriginal children, the teachers were non-Aboriginal, thus severing the tie between the children and the traditional teachers. This displacement of the traditional teachers separated the children from their heritage. The children lost contact not only with the content of the knowledge of the old ways but all the practices associated with the inculcation and acquisition of that knowledge. 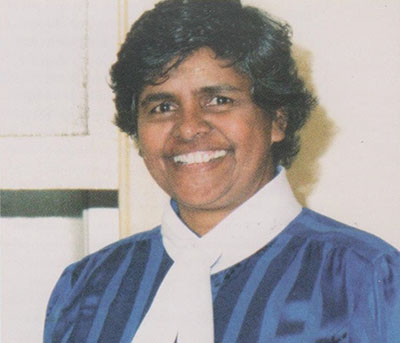 In recognition for her for services to the Aboriginal Community Margaret Valadian was appointed a Civil Member of the Order of the British Empire on 12 June 1976 and an Officer of the Order of Australia (AO) on 26 January 1986.