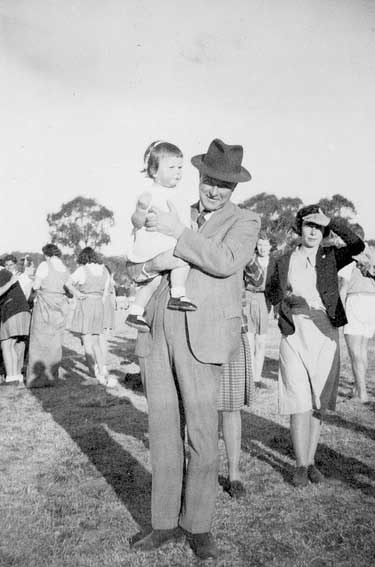 The first Warden of the New England University College (NEUC) was Dr Edgar Booth (pictured in 1940), a former Senior Lecturer in Physics at Sydney University (where he had also been a Director and President of the University Union), President of the Royal Society of NSW, and President of the Science Teachers' Association of NSW. His distinguished military service during World War I had included exemplary leadership under heavy shellfire at Ypres in Belgium, for which he was awarded the Military Cross.

During the first few months of 1938 Booth planned and supervised the internal transformation of Booloominbah and appointed the foundation lecturers.

Lectures began in March, 1938. There were five lecturers and 24 students. (The University of Sydney had 25 students when it first opened its doors 86 years earlier.)

The five pioneering members of the academic staff were James Belshaw (teaching Economics and History), Duncan Howie (Philosophy and Psychology), Jack Somerville (Mathematics), Ralph Crossley (French and German), and Frank Letters (Classics and English). These men established the high standard of teaching and scholarship that UNE maintains to this day. You'll find their legacy enshrined in features of the UNE campus such as the Howie Wing (Psychology), the Somerville Lecture Theatre (Rural Medicine), and the Letters Room (Dixson Library). The Belshaw Block, completed in 1949 and housing most of the University's scientific departments, spectacularly burnt to the ground in March 1958.

Booth and his secretary Jean Dyce, and the College's Matron, Sister Green, four of the five lecturers, and 15 of the 16 full-time students (nine men and six women) all lived in Booloominbah, which also housed administration offices, lecture rooms, library, dining room and common room. There was some concern in the local community about the perceived impropriety of young adult male and female students living under the same roof – something quite unheard-of in Australia before then. Frank Letters (pictured), the only married lecturer, moved into the gatekeeper's cottage – renovated, enlarged, and renamed The Lodge – with his wife Kathleen and their four daughters.

The other 12 members of staff – including a chef, a laundress, housemaids and gardeners – lived in cottages and other buildings in the grounds.

During the campaign for a university college, D.H. Drummond had approached the Sydney-based philanthropist William Dixson, the chief benefactor of the Public Library of NSW, about the possibility of his support for the establishment of a university college library. After the success of the campaign, Dixson agreed to give the new College £2,500 for the purchase of books. Part of the Booloominbah dining room was converted to accommodate this initial collection of the Dixson Library (pictured below) – now a greatly-expanded collection housed in a building of its own. 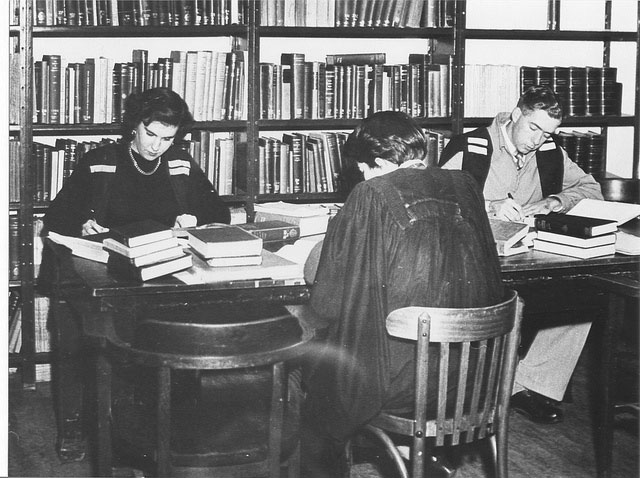 With a combination of military strictness and parental concern, Booth established an environment that fostered both discipline and personal growth. He insisted that the students join their lecturers at all meals – including breakfast – in the Booloominbah dining room, where he expected them to dress and behave, he said, as if they were in "a first-class hotel". (The mandatory dress code included coat and tie for the men.) Dining was formal, and both students and lecturers wore academic gowns at all meals as well as in lectures.

From the College's second year there were increasing numbers of students boarding in Armidale, and a bus transported these 'town' students to Booloominbah in time for breakfast at 8 am, collecting them at 8.15 pm after dinner.

A maid brought tea and biscuits to each of the Booloominbah boarders daily at 7 am. Morning and afternoon teas were formally served. Furnishings – including the luxurious leather armchairs in the students' common room, contributed to the atmosphere of refinement. "For all of us, Booloominbah was our introduction to gracious living," wrote one of the students. 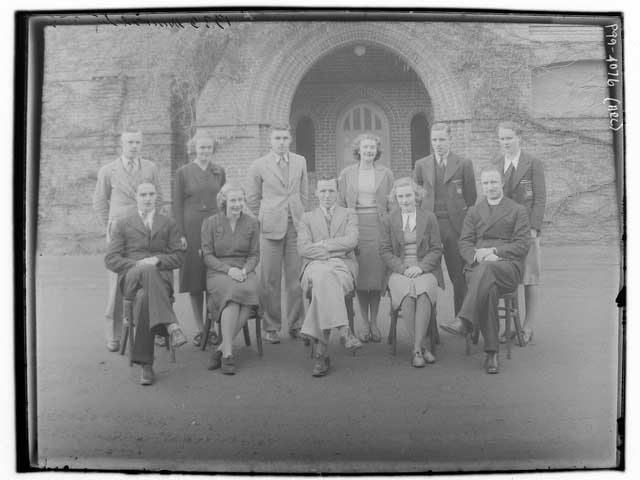 On Saturday 30 April, 1938, the College was officially opened in the presence of Lord Wakehurst, the Governor of NSW,  Mr Justice Halse Rogers and Professor Robert Wallace, the Chancellor and Vice-Chancellor of the University of Sydney. The ceremony, and the elegant garden party that followed, drew a distinguished gathering of more than 1,200 people from right across NSW.

At the vice-regal ball the previous night, all but one of the full-time female students made their formal debut into adult society.