Topic of the Month

Topic of the Month

Nicola recently commenced her PhD in which she is studying the key factors influencing effects of microplastics on soil structure, ecotoxicology and vegetative growth. Microplastic pollution is an emerging issue that has received the attention of scientists and governments worldwide. Since the term was first coined in 2004, research has proliferated in marine environments, where microplastics are widely distributed and found even in remote areas such as the Antarctic, Arctic and the Mariana trench. Comparable research in terrestrial ecosystems has been hampered by the technical challenge of quantifying and characterising particles in soil matrices, where they pose significant consequences for soil structure, biota and vegetation.

Preliminary toxicological studies reveal microplastics are ingested and adversely affect neurological, endocrine, immune and digestive systems of soil organisms, with consequences for the surrounding ecosystem through reduced litter decomposition, aeration and nutrient cycling. Depending on particle size, shape and concentration, microplastics impact soil porosity, aggregation, chemistry and water holding capacity. Changes to soil structure influence microbial diversity and vegetation growth, such that microplastics have been found to reduce plant biomass and alter tissue composition and root systems. Annual plastics production has reached 348 million tonnes and is expected to increase in coming years. Consequently, it is likely microplastic pollution will continue to accumulate in the environment and thus it is critical to understand the fate, toxicological impact and distribution of microplastics in soil. 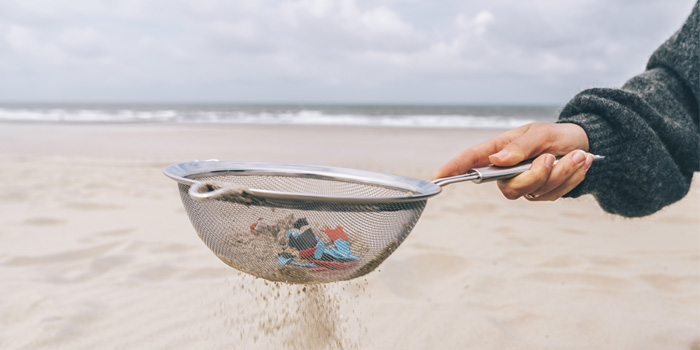 The UNE Pollution Science Research Group welcomes a Post-doctoral Fellow, Martin Brummell. Martin is an ecologist, with a background in studying the patterns and processes in ecosystems to understand their functions. As a UNE Post-doctoral Fellow, Martin’s projects will include investigating the movements of chemicals and microorganisms between plants, especially when they are carried by insect pollinators. This project forms a bridge between two research groups at UNE, Pollution Science and the Plant Evolution and Pollination Group and uses Martin’s background in microbial ecology to understand how human activities such as farming are changing the ways organisms live and move around in their environments.