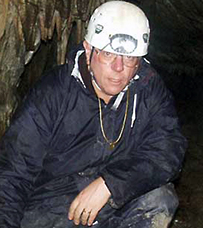 Prof Metcalfe has subsequently held academic positions as Senior Lecturer, Associate Professor and Professor at the National University of Malaysia and University of New England (UNE), Australia (1991 to present). He was Science Coordinator for the International Ocean Drilling Program (ODP) Australian Secretariat (1992-1995) and Secretary of the IUGS Subcommission on Carboniferous Stratigraphy (1996-2000). His research has largely centred on East and Southeast Asia and he was co-leader of United Nations International Geological Correlation Program (IGCP) Projects 321 "Gondwana dispersion & Asian accretion" (1991-1996) and 411 “Geodynamics of Gondwanaland-derived terranes in East and South Asia” (1998-2002). He was Deputy Director of the UNE Asia Centre from 2001-2008 and is currently Editor, Journal of Asian Earth Sciences.

He has also researched radiolarian microfossils from deep-sea sediments that were deposited in ancient Tethys Ocean basins to work out the age and age-duration of these now lost oceans. His international reputation is for studies of conodont microfossils, the Palaeozoic and Mesozoic tectonic framework, evolution and palaeogeography of East and SE Asia (eastern Gondwana and the Tethys ocean basins), and for studies of the Permian Triassic boundary and end-Permian mass extinction in China and more recently in Australia. Recent major research projects also include high-precision U-Pb zircon dating of volcanic tuffs (ashes) in Permian-Triassic sequences in China and Australia and Permian-Triassic timescale calibration.

Prof. Metcalfe's most significant research contributions are in regional & global tectonics, palaeogeography, palaeontology (conodont and radiolarian biostratigraphy, and mass extinction) and timescale calibration studies, both by provision of new fundamental data and through development of testable models and applied multi-disciplinary data acquisition for model evaluation and testing. His work on the continental lithospheric terranes and suture zones of E and SE Asia is at the international forefront of global tectonic research. His model for the successive rifting and separation of three continental slivers from Gondwanaland, their northwards drift and subsequent amalgamation to form Asia, with the opening and closure of Palaeo-Tethys, Meso-Tethys and Ceno-Tethys ocean basins, has received wide acceptance. This 3-Tethys model for evolution of E and SE Asia and his Palaeozoic and Mesozoic palaeogeographic reconstructions have been widely adopted and have provided an ongoing and evolving framework for international global reconstruction and deep earth resources research for the last 30 years. He has also made fundamental contributions to collisional tectonics and ocean plate tectonics.

Contributions to conodont biostratigraphy began with the first comprehensive conodont zonation for the Lower Carboniferous of northern England now incorporated into global zonation schemes. Conodont work in SE Asia, China, Australia and U.K. has led to significant contributions (76 publications) to conodont biostratigraphy, biogeography, stratigraphy (especially Permian-Triassic) and tectonic utility of conodonts. He has led international multidisciplinary collaborative research on both the marine and non-marine Permian-Triassic boundary and mass extinction in China and Australia, and reported the first conodonts from the Permian-Triassic boundary transition in Australia. This work has provided important new constraints on the age and correlation of the boundary and the age and tempo of the mass extinction, and demonstrated coincidence (suggesting a causative link) with the Siberian Traps massive volcanism. New fundamental insights and techniques for U-Pb zircon isotope geochronology and calibration of U-Pb and Ar-Ar isotopic systems are outcomes of this work.

Wider research interest in Asia includes social sciences/economic history and environmental research projects and he was Wellcome Trust Research Fellow for three years (1991-2001) working on a project on “Women workers in industrialising Asia”. Prof Metcalfe was Deputy Director of the Asia Centre at the University of New England from 1999-2008, and Program Director for the UNE Research Initiative “Environmental and Social Impacts of Resource Development in Asia”. He has also coordinated and partly delivered major research management in agriculture training course Master Classes on behalf of UNE in collaboration with the ATSE Crawford Fund and coordinated UNE Asia Centre in-country research management in agriculture training courses run in Vietnam, Fiji, Indonesia, Papua New Guinea and The Philippines.

Prof. Metcalfe has received more than $4.4 million for research and research management activities. He has been awarded nine Australian Research Council (ARC) grants including four Large/Discovery, two small, and three LIEF infrastructure grants. For six of these Prof Metcalfe was Chief CI and research team leader. In addition to ARC grants, he has also received University, and Industry Grants (Shell, Esso, Normandy, BHP, Centennial Coal, Santos), ATSE Crawford Fund, ACIAR and AusAID grants. He has additionally received some $50,000 in grants/grants-in-aid to attend and present keynote papers at overseas international conferences/seminars since 1983.

Invited overview of dispersal of terranes from Gondwana and their amalgamation to form Asia. Most cited paper in Australian Journal of Earth Sciences. 357 Citations

Comprehensive overview of the tectonic framework of SE Asia and palaeogeography of the region in a global context in the Permian. 295 Citations

First use of conodonts to provide constraints on tectonic evolution (using variation in thermal and textural alteration) and in identifying possible source rocks for oil and gas in SE Asia.

The first unequivocal placement of a Triassic stage boundary in Australia and data on post-mass extinction environment on the peri-Gondwana margin in the early Triassic. 10 Citations

A multi-disciplinary overview and tectonic model for the Bentong-Raub Suture zone in Malaysia that represents the destroyed Palaeo-Tethys Ocean and marks the Late Palaeozoic Gondwana-Cathaysian biogeographic divide. 128 Citations

This paper examines the assembly of the SE Asian biota through time and space by conducting meta-analyses of geological, climatic, and biological data sets to test which areas have been the sources of long-term biological diversity in SE Asia. 13 Citations

Prof Metcalfe is Editor for the Elsevier journal Journal of Asian Earth Sciences, and former Editor for Gondwana Research. Editorial Board member for the Bulletin of the Geological Society of Malaysia and for the Australian Journal of Earth Sciences. He was Editor of the annual Newsletter on Carboniferous Stratigraphy 1992-95. He has edited Special Issues of the Journal of Southeast Asian Earth Sciences, Journal of Asian Earth Sciences, Australian Journal of Earth Sciences, South Asia, International Journal on Multicultural Societies and Asian Studies Review. He is Editor/Senior Co-editor of two A.A. Balkema books, Gondwana Dispersion and Asian Accretion, and Faunal and floral migrations and evolution in SE Asia-Australasia and Co-Editor for The Shaping of Malaysia, Macmillan, 1998, and Mobility, Labour Migration and Border Controls in Asia, Palgrave Macmillan, 2006. He was also Editor of the UNE electronic journal UNEAC Asia Papers, 2001-2008. He has also edited publications of the Malaysia & Singapore Society of Australia.

External assessor for professorial promotions in Australia and overseas.

Featured interview by Robyn Williams on the ABC Science Show, 2005.

Other media coverage of research in national and local newspapers, radio and TV.

Commissioned to write “Regional Geology: Asia, South-east” for the Encyclopedia of Geology, 2005 and for the Elsevier Reference Module in Earth Systems and Environmental Sciences, 2013.