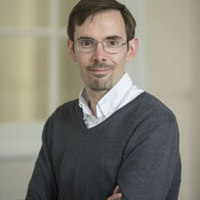 After completing my PhD at the University of Cambridge in 2007, I was awarded a Leverhulme Trust Study Abroad Studentship that enabled me to conduct two years of postdoctoral research in the archives of the Inquisition in Spain and Portugal. In September 2008 I was appointed as a lecturer and then as an Associate Professor at the University of Southampton and between 2012 and 2015 I held an Australian Research Council Postdoctoral Fellowship at the Centre for the History of Emotions in the University of Adelaide. Since January 2018, I have been working as a Senior Lecturer in Early Modern History at the University of New England in Australia.

I teach a range of courses on the history of Europe and the European colonial empires between c.1450 and 1800

My research focuses particularly on the history of anti-Semitism and anti-Semitic propaganda in early modern Europe in general and the Iberian world in particular. I also work on the history of the Spanish and Portuguese Inquisitions. I have completed book on anti-Semitic conspiracy theories in the early modern Iberian world and I am currently working on a project tracing the origins, development and impact of the Blood Libel legend in Spain, focusing especially the Blood Libel cases of San Dominguito de Val and the Holy Child of La Guardia. My other research interests include the history of gender and sexuality in the early modern Iberian World and the history of the censorship of art in the early modern Hispanic world. I am currently writing a short book on the life and trial of Maria Duran, a Catalan woman, cross-dresser and lesbian who was arrested and prosecuted by the Portuguese Inquisition in 1741-1744.

Soyer, F. (2017). The Passion of Christ in the Church of San Cristóbal de Rapaz: an example of medieval anti-Jewish iconography in colonial Peru? eHumanista/Conversos. Journal of Iberian Studies, 5, 392-416.