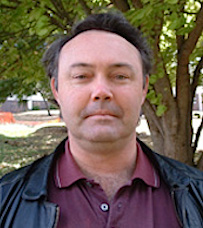 Kelvin McQueen is a member of the Education Contexts team.

Kelvin received his BA DipEd and Honours degrees from Macquarie University in Sydney. After teaching for ten years in NSW rural and city public secondary schools, he taught the sociology of education and economic history at the University of Western Sydney for ten years, as well as HSIE curriculum studies for the Aboriginal Rural Education Program. Since 2005, he has taught with the Education Contexts Teaching and Research Group at the University of New England.

Kelvin's publications include Masterworks of Man and Nature (1992) for the United Nations, numerous book reviews covering educational, political and historical topics for journals such as Education, Education Links and Education Australia, and journal articles and conference papers on post-modernism, private schools, the Vinson Report, the Ramsey Review, police corruption, and the Macquarie Fields and Redfern riots. His Doctoral thesis, completed in 2004, is entitled The state aid struggle and the NSW Teachers Federation 1995–1999.

McQueen, K. (2011). Is a US Marine base in Darwin really a good idea? [Commentary]. The Conversation [website], 11 November. <http://theconversation.edu.au/is-a-us-marine-base-in-darwin-really-a-good-idea-4260>

McQueen, K. & Poynting, S. (2007). What dreams may come? Class struggle and the supplanting of the ideology of equality of opportunity in Australian education. In J. Freeman-Moir & A. Scott (eds) The Lost Dream of Equality: Critical Essays on Education and Social Class, Rotterdam: Sense Publishers, pp. 5-28.