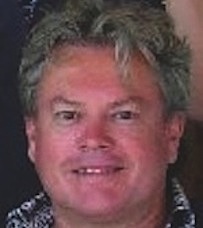 Dr Bourke studied at Sydney University from 1973-76, receiving a Bachelor of Arts degree and a Diploma in Education. He taught History at various secondary schools, both state and independent, in NSW and Queensland from 1977 until 2003. In 2002, after years of part-time external study, he was awarded an Honours degree in ancient Greek history from the University of New England and in 2004 moved to Armidale to continue studying. He was awarded a PhD in 2008, returning to full-time work as a Lecturer in the School of Education in 2009. Since then, he has published in the fields of ancient Greek history and historical pedagogy. In January 2015, he was promoted to Senior Lecturer.

Elis: a history (in preparation for Taylor and Francis, London)

'Sophism and Philosophy in Pseudo-Plutarch On the Training of Children' (accepted for publication in Harvard Studies in Classical Philology, 8040 words)

'How to Produce the Ideal Son: the unhidden curriculum in Pseudo-Plutarch On the Training of Children', Educational Philosophy and Theory 46.10 (2014), 1174-86

'Iconic Artworks as Stimuli for Engaging School Students in their National History: a priority in pre-service teacher education', Journal of the International Society for Teacher Education 17.1 (2013) 183-92

The Australasian Society for Classical Studies
The Australian Archaeological Institute at Athens
The Centre for Peloponnesian Studies, University of Nottingham