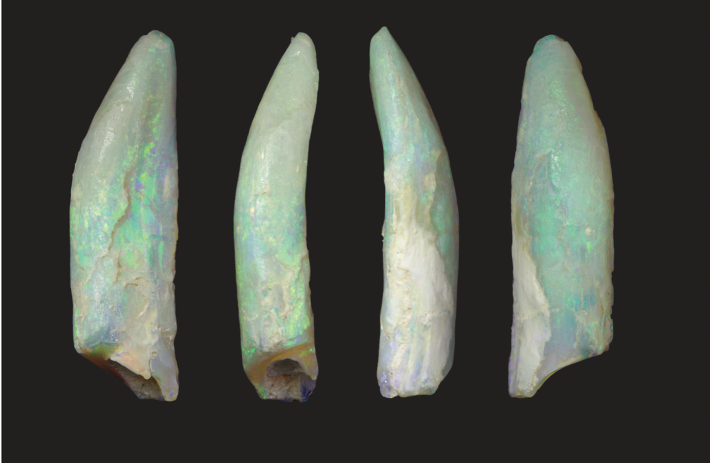 Image: A close-up view of opalised sauropod teeth. Observing the beautiful colours that opal can preserve in some of these fossils. Courtesy of Timothy Frauenfelder

Lead researcher and PhD candidate at the University of New England Timothy Frauenfelder said the teeth reflect the high diversity of three sauropod species that once lived in the area.

Sauropod dinosaurs, like Brontosaurus and Brachiosaurus, were the largest animals to have ever walked the earth; weighing up to 90,000kg and 40m long. Although their fossils are common in central Queensland, there has been limited evidence of their existence and lifestyle from NSW.

Lightning Ridge has yielded a rich bounty in dinosaur fossils over the years and is unique in that all of the fossils found there are completely formed in opal.

“While this makes the fossils beautiful to look at, it can often hinder the discovery and preservation of the fossils,” Mr Frauenfelder said.

“Teeth are one of the smallest bones in a sauropod and there is an abundance of them at Lightning Ridge. Although small in comparison to other sauropod fossils, which can be over one metre long, teeth can be incredibly useful in assessing ecology and diversity,” Mr Frauenfelder said.

“Unlike us, sauropod dinosaurs don’t have different types of teeth such as molars or incisors, and differing tooth shapes can give us an idea about how many species were living in a particular area.

“Based on this, we can identify potentially three different species of sauropods that co-existed at Lightning Ridge.” 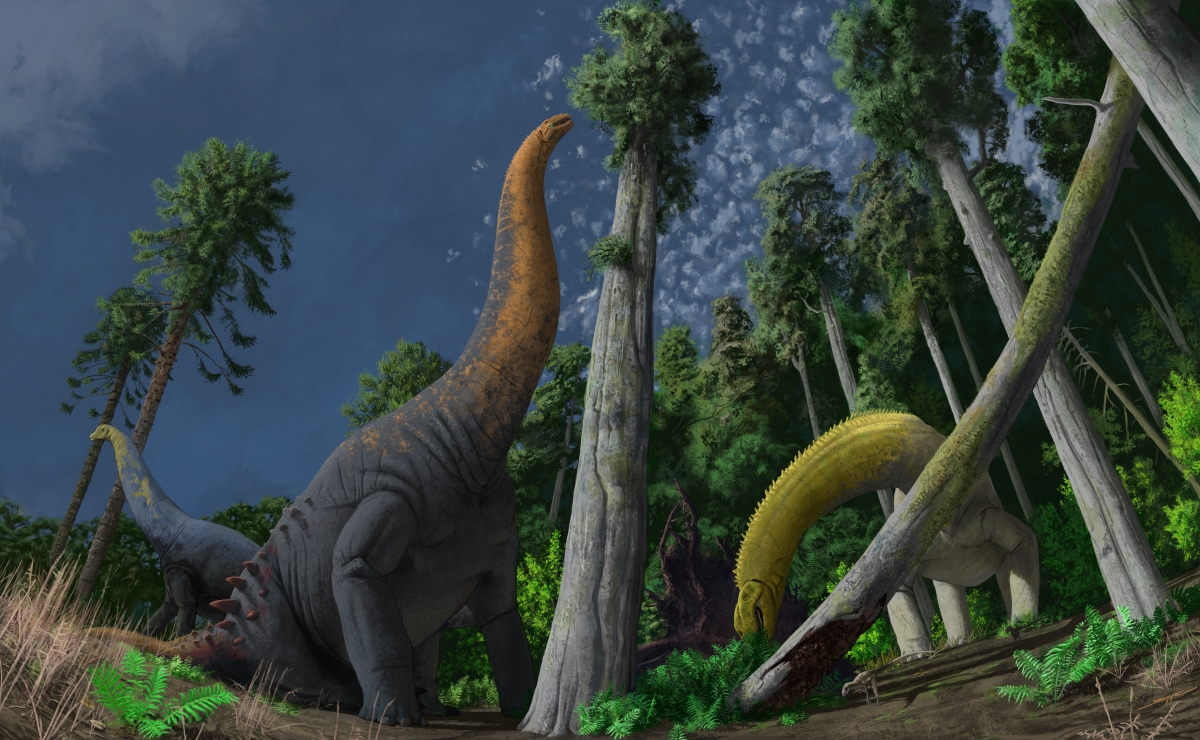 “As sauropods eat, they produce large facets that preserve varying degrees of features such as pits and scratches. The frequencies of these features, enable us to determine how high an animal was feeding in the canopy, or how hard the food was. Comparing features between teeth, allows us to interpret how these giant dinosaurs co-existed.”

Mr Frauenfelder was able to determine that at least two of the species fed at different levels within the canopy: one species fed at ground levels - less than one metre above ground - while the other was feeding mid-canopy, or one to 10 metres above ground.

The study was published in the Journal Lethaia.