Published 08 September 2020
Efforts by a University of New England-led team to track 12 Northern Tablelands koalas throughout the drought have helped to inspire a range of new conservation measures for the vulnerable species. 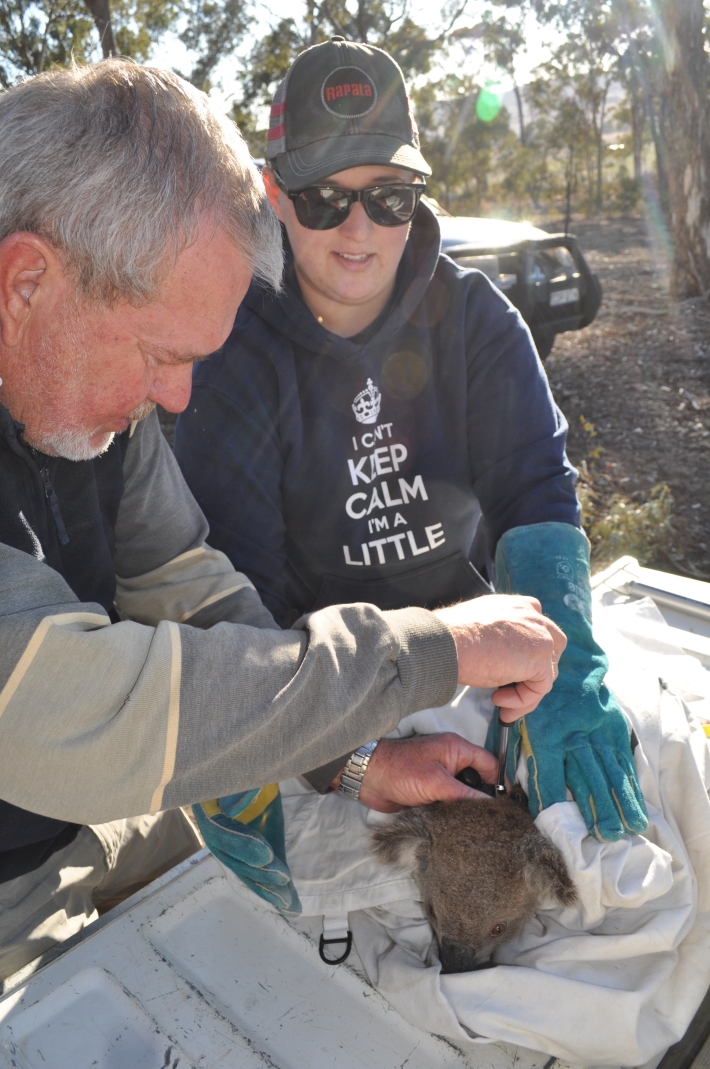 Not only has the Northern Tablelands Koala Tracking team collected a vast amount of data on where koalas live, how far they roam and what conditions they prefer; it has also motivated landholders to take a greater interest in the animals and to report sightings to add to vital national databases.

Elsewhere in NSW koalas are in serious decline - koalas are listed as ‘vulnerable to extinction’ under both NSW and Commonwealth environmental law - but the Northern Tablelands continues to host several healthy but scattered populations. For almost three years researchers have been trying to establish what connects the populations and ensures their persistence.

A range of studies coordinated by UNE researchers have involved an impressive team of ecologists, mammal experts and wildlife carers, GIS specialists, the Department of Primary Industries, Local Land Services, councils, Landcare representatives and landholders.  The research has been funded by the NSW Government through its Saving Our Species program.

"We found that individual koalas occupy a small area, and even during the drought they continued to live in areas where the trees had lost 90% of their leaves," said project manager and adjunct senior lecturer at UNE David Carr. "They only left that home range during the breeding season, when the search for a mate could see them travel 6-10 kilometres through overlapping home ranges."

Two of the female koalas the team tracked - at Tilbuster and Sunnyside - actually raised two generations of young during one of the most severe droughts on record. It seems they found enough food and protection in wetter gullies to survive.

"I fully expected to find the koalas dead at the base of trees, but somehow they managed to get through," David said. "This highlights the importance of the cooler Northern Tablelands as a possible refuge for the koala in Australia as our continent warms."

The tablelands are characterised by abundant habitat and dispersed human populations, compared to coastal areas, which means koalas are not subject to the same level of threat from dog attacks, vehicles and habitat loss.

"On the Northern Tablelands koalas are at greater risk of heat stress and climate change impacts, as well as habitat fragmentation," David said. "It's dangerous for them to move between good areas of habitat, which makes improving habitat connectivity really critical."

This finding has led to new collaboration with Armidale City Council to consider the potential impact of new development on koalas, and the council completing a Koala Management Strategy.

"Habitat loss and fragmentation is something we can address," David said. "It's an issue that even the Federal Environment Minister is now starting to talk about.

"The wonderful thing is that our work is building a network of people interested in koala conservation, and this is raising awareness and attracting resources."

The team collared and tracked the koalas for 3-6 months on public and private land (which contains the bulk of koala habitat) and are now compiling detailed maps of koala movements and reported sightings, which will be added to the Atlas of Living Australia and the NSW Bionet Atlas. DNA samples collected will also contribute to the genetic biobank established at the Australian Museum by the NSW Government.

Among the other interesting koala findings is that the inland koalas don't appear to be as fussy as their coastal counterparts. The collared subjects used a variety of eucalypt food trees, but often had their favourites, right down to individual trees.