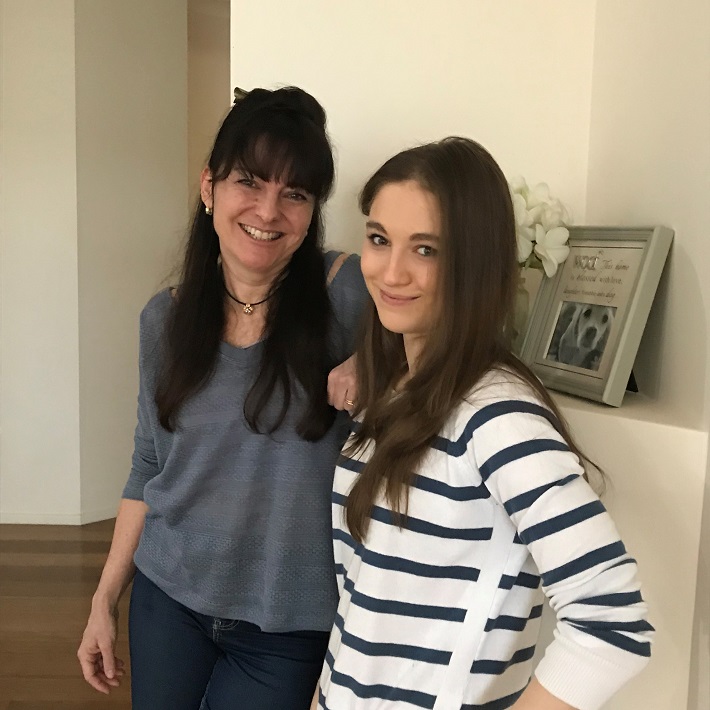 Image: Tanya Hopwood and daughter Abi McGovern who are graduating with a PhD and a double major undergraduate degree respectively.

Working together on assignments at 3am is not everyone’s cup of tea but it has paid off handsomely for Newcastle-based mother and daughter Tanya Hopwood and Abi McGovern who will both graduate at the University of New England’s Spring Graduation ceremony this weekend in Armidale - Tanya with a research PhD in Psychology and Abi with a double major in Neuroscience and Physiology.

When asked how they feel about graduating together it became apparent that mother and daughter are each other’s inspiration.

“I feel like I won the lottery with my daughter – in so many ways. She inspires me daily with her strength, optimism, and her tenacity.  There aren't too many 20-year-olds who would be happy to share their graduation day with their mum, but, bless her, she is.”

An equally delighted Abi feels the same. “I am so proud of my mum's achievements.  It will be a really special day for us.”

In addition to sharing the special day with her daughter, Tanya is one of only five higher degree students to be awarded with the Chancellor’s Doctoral Research Medal for outstanding research this graduation.

As part of her thesis, which focused on whether media exposure and social discussions relating to disasters and large-scale threats might be triggering a unique form of distress referred to as Anticipatory Traumatic Reaction (ATR) for some people, Tanya created a scale to measure this distress and used it to identify people who may be vulnerable to ATR. She also assessed potential interventions for this sub-clinical condition.

Tanya is hoping to start her clinical training next year, but also plans to continue her research in ATR – an area in which she has published a number of articles already.

Abi’s academic achievements are no less impressive than those of her mother’s. She gained early entry to university through the Special Tertiary Admissions Test just before turning 17 and was named as a Vice-Chancellor’s Scholar, having maintained a grade point average (GPA) of 6.95, during her time at UNE. Abi also won the 3rd Year Prize for Psychology.

After graduation Abi is heading off to the Australian Regenerative Medicine Institute (ARMI) at Melbourne’s Monash University for her Honours year.  There, she will be undertaking a neuroscience project on oligodendrocyte stem-cells and their role in learning.  A remarkable opportunity made possible by a UNE Vice Chancellor's Academic Development Award Abi won in 2016, which enabled her to spend two weeks doing work-experience at ARMI last year.