Published 24 May 2018
The board of UniSport Australia, the peak governing body of university sport in Australia, has appointed a new chair. David Schmude replaces Dr Deidre Anderson who had served in the role since… 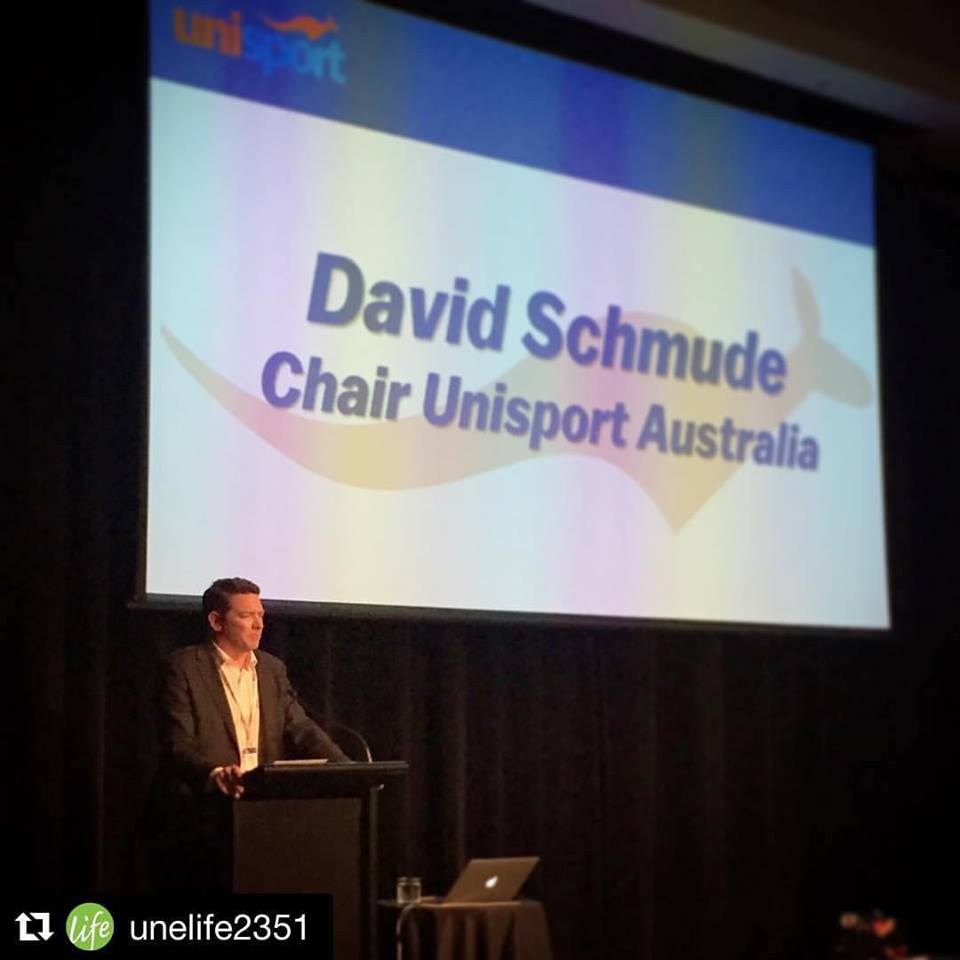 The board of UniSport Australia, the peak governing body of university sport in Australia, has appointed a new chair.

David Schmude replaces Dr Deidre Anderson who had served in the role since 2014. The announcement was made following UniSport Australia’s Annual General Meeting and national conference on the Gold Coast which concluded today (23 May).

Dr Anderson said she would serve on the board as a director for another year to assist with the transition to a new chair.

“After five years leading the organisation I believe it is in the best interests of UniSport to transition to a new chair given the challenges that lie ahead beyond my tenure,” she said. “I would like to take this opportunity to thank the current directors and all those who I have served with over the past few years.” Dr Anderson has mentored many of Australia’s top athletes and held senior roles in the public and private sectors. She is a director of the Rugby League Players’ Association and a past chair of the Australian Women’s Sport and Recreation Association.

Her replacement, Mr Schmude, was previously the deputy chair of UniSport Australia, which promotes and fosters the importance of university sport for 42 member universities across Australia. He has worked in the university sector for 15 years and is Director of UNE Life at the University of New England. Mr Schmude thanked Dr Anderson for her leadership over the past four years.

“Dee has done an incredible job and I’m grateful to still be able to call on her support and expertise as a member of the board,” he said. “The board and the organisation are in great shape…Dr Anderson has indicated she is keen to continue her work as chair of the International Sports Strategy Committee and her athlete well-being and support work with the Australian Uniroos program. We are pleased of course to utilise Dr Anderson’s obvious gifts in these areas.”

Mr Schmude said one of his priorities would be bedding down a two-tiered national championship to drive higher levels of engagement by elite student-athletes, while still catering to recreational athletes – especially those from smaller universities – and continuing to elevate support for member universities through the provision of valued services.

Chief Executive Don Knapp praised the contribution of the outgoing chair while welcoming Mr Schmude to the role.

“Dee has done an amazing job over the last five years in leading the board and the organisation through a period of major change,” he said. “This year’s launch of the UniSport Nationals is an enduring legacy of Dr Anderson’s leadership. To now have David as chair – someone from a regional university – demonstrates the diversity of the board, which represents the diverse range and scale of the 42 member universities across Australia.”

The UniSport Nationals Div 1 and 2 are now attracting greater industry interest and UniSport is delighted to have secured UniBank as presenting partner.

UniSport Australia has represented university sport in Australia for 97 years.