These lectures are free of charge and open to the public.

From Emblem to Epic: Mycenaean art and Mycenaean society Professor James C. Wright, Director of the American School of Classical Studies at Athens (2012-2017), will be the 2017 AAIA Visiting Professor. Professor Wright was previously based at Bryn Mawr College, Pennsylvania, where he has taught since 1978. From 1981 until today he has been Director of the Nemea Project, which focuses on the diachronic history and archaeology of the region surrounding the Sanctuary of Zeus in the north-east Peloponnese. He has excavated widely, including at Kommos on Crete and at Corinth, and is a specialist in the Greek Bronze Age, with a particular interest in the Mycenaeans in the Peloponnese. He is well known for his edited volume "The Mycenaean Feast".

Wright’s primary research is in the evolution of complex societies in the Aegean. This grew out of interests in architecture and urbanism, and led him to explore the social aspects of community formation and maintenance - subjects such as prestige display, mortuary customs, and feasting. He has had a long interest in ancient Greek architecture, especially as it informed the development of ancient communities and their sanctuaries, the regional character of ancient Greece, and the spread of Hellenic culture.

The Human Victims of Pompeii 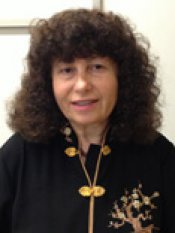 The Influence of Greek Sculpture on American Tombstones

How Caesar Made Britain an Island

Strangers at Home: The Give and Take of Life in the Borderlands of Judah