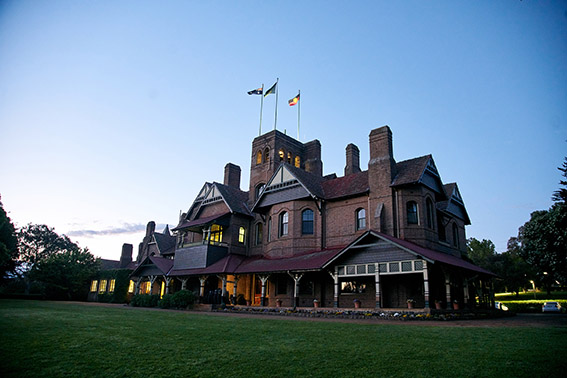 A special Sunset Opening Ceremony was held on the southern lawn in the front of Booloominbah at the University of New England.

The crowd gathered to the sounds of Anthony Green, local musician and vocalist for Terra Firma, singing and playing his guitar before the ceremony. A Welcome to Country by Anaiwan Elder, Steve Widders was followed by didge player Kristian Sternbeck and the Birabun Dancers. University of New England, Vice Chancellor, Professor Annabelle Duncan delivered an Opening Speech, followed by Dorothy Roberts, daughter of UNE alumni Mrs Dianne Roberts. Mrs Dianne Roberts an elder of the local Anaiwan community was to receive an Honorary Doctor of Letters honoris causa (HonDLitt) at the October 2017 UNE Graduations. Mr Greg Davison, Director, Oorala Aboriginal Centre, the final speaker spoke about the part the Oorala Aboriginal Centre has played at UNE over the last 30 years, the importance of ceremony and finally directed us in the raising of the Aboriginal Flag above Booloominbah.

The flag was raised at sunset welcoming the series of Celebrating 30 Years events and marked Oorala's commitment to the future. After the ceremony a light supper and drinks were served at Booloominbah where guests chatted and mingled.