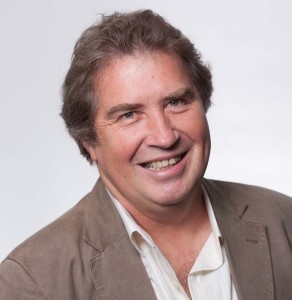 Russell is an Adjunct Professor, Faculty of Law, School of Justice at Queensland University of Technology. He previously taught at the UNE Law School.

Throughout much of his career, he has taught. research and published on issues concerning law and crime in rural Australia. he has authored (with Kerry Carrington): Policing the Rural Crisis 2006 and written/edited Crime in Rural Australia 2007. John Nicholson joined the NSW Bar in 1977 and in 1984 joined the ranks of the NSW Public Defenders, a group long regarded as among the elite of practitioners at the Criminal Bar. As a Public Defender Nicholson routinely appeared in trials of serious crime, including many murder trials. In 1993 he graduated Master of Laws from UNSW. In 1997 he was appointed Senior Counsel, and in 1999 became the Senior Public Defender for NSW. In 2001 he was appointed as a Judge of the NSW District Court where he remained until he reached the statutory retiring age in 2012. Nicholson then returned to practicing criminal law as a Senior Counsel based at Sir Owen Dixon Chambers in Sydney. During this period, he was appointed Assistant Inspector and subsequently, Acting Inspector of ICAC, until his recent retirement after 40 years involvement in the law. Following retirement, Nicholson has remained actively interested in the criminal law, and especially in issues involving sentencing, rehabilitation and re-entry, the over representation of Indigenous people in prison, and the lack of sentencing options in rural NSW. Magistrate Bone retired from the bench in 2015 after a career spanning more than 30 years. His service on the bench included courts in Inverell, Ballina, Batemans Bay, Armidale, Tamworth, Grafton, Lismore, Moree, Bega, Cooma and Queanbeyan.

Dr Diana Eades (Adjunct Professor, UNE) is a sociolinguist who specialises in inter-cultural communication and language in the legal process, particularly focusing on the use of English by, to and about Aboriginal people.  Her publications include the lawyers’ handbook Aboriginal English and the Law (1992, Queensland Law Society), the research book Courtroom Talk and Neocolonial Control (2008, Mouton de Gruyter) the university textbook Sociolinguistics and the Legal Process (2010, Multilingual Matters), and the co-edited research book Discursive Constructions of Consent in the Legal Process (2016, Cambridge University Press). A collection of some of her writing over three decades was published as Aboriginal Ways of Using English (2013, Aboriginal Studies Press).

She has provided expert evidence in criminal cases and tribunals in three states and the Northern Territory, and  from 1995-1999 she was President of the International Association of Forensic Linguists. Steve Bradshaw is a former Assistant Commissioner NSW Police Force. He retired in 2010 following a career spanning 41 years which included five years as the Commander of Western Region. Throughout his career he strove to positively affect rural communities in NSW and was awarded an Australian Police Medal for distinguished service. Steve currently farms at Maules Creek.

Steve is the author of the 2016 Bradshaw Report, a review of laws concerning stock theft, trespass and illegal hunting in NSW. The report included 22 recommendations for improvement in responding to rural crime from both an operational and legislative perspective.

Willie is a lecturer at the University of South Africa School of Criminal Justice, specialising in Rural Crime. He also farms in the North West Province and serves on a wide range of agricultural institutional boards in South Africa including: