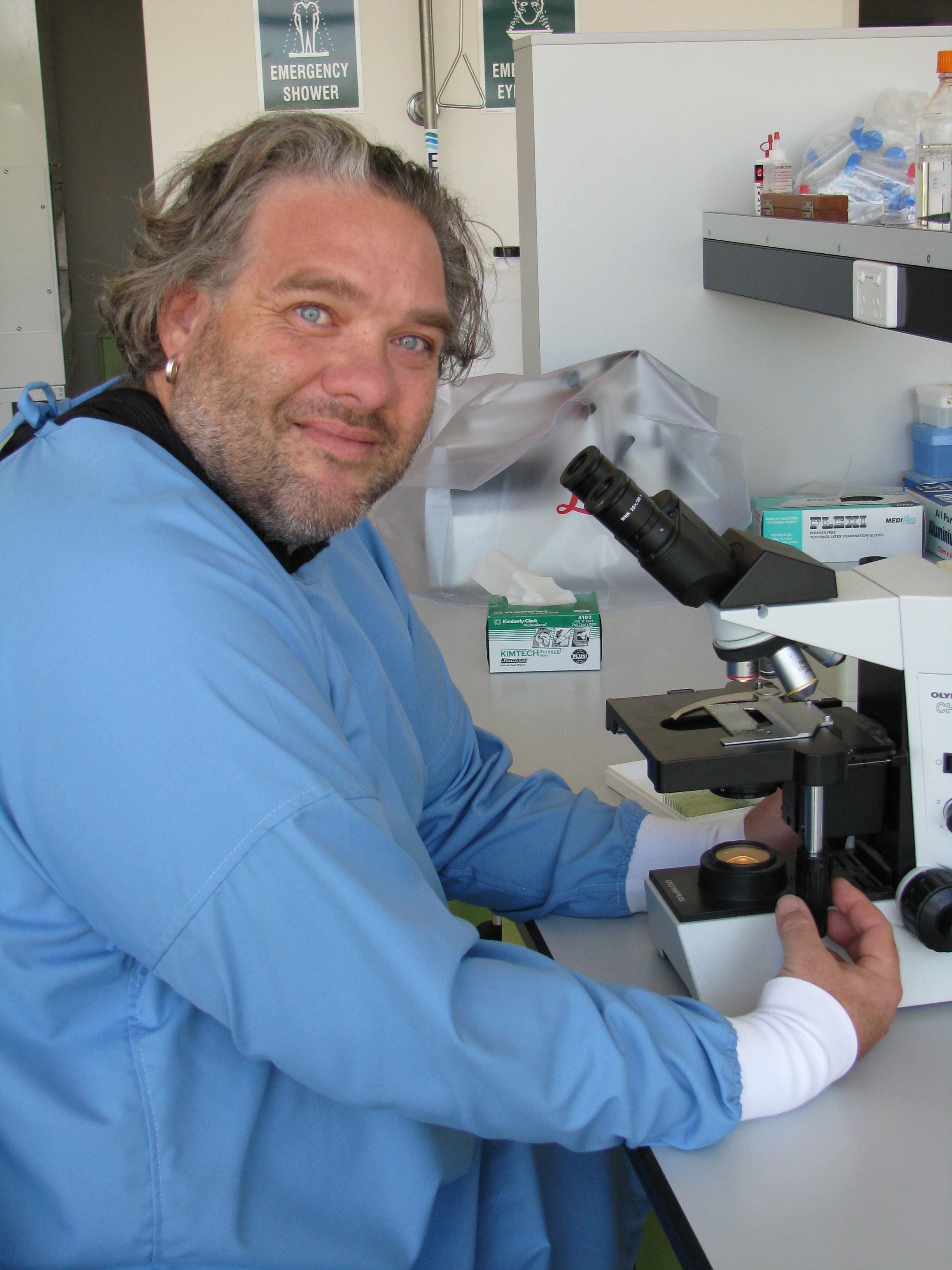 Dr Hamlin joined the School of Science and Technology in 2014 as a Senior Lecturer in Biomedical Science (Neuroscience) moving from The School of Biomedical Sciences at Charles Sturt University where he was a Lecturer in Anatomy and Physiology. Prior to beginning his academic career in 2011 Dr Hamlin held a post-doctoral position at the Queensland Brain Institute, The University of Queensland where he was an NH&MRC Fellow investigating mechanisms of neurodegeneration in diseases such as Alzheimer's disease. Previously, he was a postdoctoral Fellow at The School of Psychology, The University of New South Wales where he was investigating the neural mechanisms that underpin relapse to drug seeking behaviours. Dr Hamlin gained his BSc (Honours) degree from the University of Queensland in 1999 and completed his PhD (Medicine) at The Pain Management Research Institute, The University of Sydney in 2006 examining the functional neuroanatomy of morphine-induced abstinence, tolerance and sensitisation.

Dr Hamlin is passionate about science and science communication and takes the responsibility of educating very seriously. His teaching philosophy is to effectively communicate not just what we know but how we know with a particular emphasis on critical analysis of data.

It is Dr Hamlin's goal to develop the ability in his students to critically analyse information and formulate independent and valid hypotheses. It is his belief the making of a successful science student is not just knowing the facts but understanding how these conclusions were drawn by the examination of the experimental design and critical analysis of the results. He believes that education is a process that involves two sets of participants each playing a different role: Teachers who communicate their knowledge to students and students who absorb knowledge from teachers. However, education is also about students imparting knowledge to their teachers by challenging the teacher's assumptions through questioning. This is something that he encourages and he finds a particularly rewarding aspect of teaching.

The focus of my research combines sophisticated functional neuroanatomical analysis with behaviour, to elucidate the neurons, circuitry and chemical underpinnings of specific behaviours. Using a functional neuroanatomical approach in combination with behavioural designs Dr Hamlin has published several key papers relating to the functional significance of discrete neuronal populations and their circuitry.  To date, this research has resulted in 22 research publications in high ranking international journals including, PLoS One, Journal of Neuroscience, Neurobiology of Learning and Memory, Behavioural Neuroscience, European Journal of Neuroscience, and Neuroimage. These research articles have been cited over 850 times (h index =17) and the recent publications elucidating a potential behavioural and MRI early detection system for Alzheimer's disease have been subject to wide spread national television radio and newspaper coverage.

Member of the Society for Neuroscience

Member of the Australian Neuroscience Society