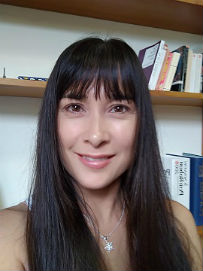 Her research interests include dystopian literature, social issues in literature, and French author Michel Houellebecq; these are reflected in her doctoral thesis which focused on declinism and dystopia in Houellebecq’s novels. She also has an interest in medieval French literature.

“Nihilism, Declinism and Conflict Avoidance in the Novels of Michel Houellebecq”, in Essays in French Literature and Culture (2016).

“Attention Economy in the Novels of Michel Houellebecq”, in Limina Journal (2014).