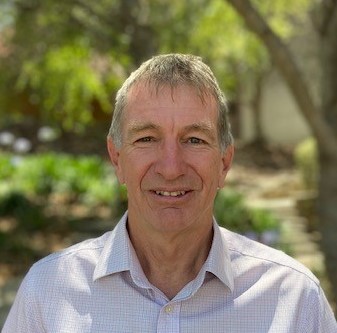 Professor John Gibson is Director of The Institute for Genetics and Bioinformatics at the University of New England.

Details of experience and activities

I have been privileged to lead programs and teams undertaking research and delivering significant outputs in genetic theory, genetic diversity, conservation of genetic resources, pure and applied genetic improvement, physical and functional genomics, nutrition, economics and agricultural systems. This research has covered livestock, poultry, plants, bacteria, insects and fish, and has been set in a broad range of environmental, agricultural and social contexts ranging from developing world subsistence systems through to the intensive systems of the developed world. Much of my research has involved integration of information across disciplines, recognising that specific problems are rarely solved in isolation of the system as a whole. I have been in involved in the establishment of a series of multi-disciplinary and multi-institution collaborations and consortia for research, development and delivery.

In recent years I have devoted much of my time to customised training and capacity development programs for the developing world; mostly in agriculture-related areas and institutions. It is a particular privilege  to lead the GEAReD program (Gender Equity in Agriculture Research and Development, www.geared.global ) currently funded by ACIAR and UNE, which we hope to grow to support gender development across the Indo-Pacific region.

All of my current research is in livestock systems development in developing countries, with emphasis on development of sustainable systems of genetic improvement that benefit smallholder dairy farmers in Africa and South Asia.

I am grateful to two of my early mentors, Dr St Clair Taylor and Professor Charles Smith who taught me that both pure and applied research were of equal intellectual challenge and equally rewarding when successful (and equally frustrating when not successful). I have worked in areas ranging across theory and fundamental laboratory research through to highly applied research, public education and outcome oriented application in the developed and developing world. A high proportion of my research has been closely aligned to industry needs and a substantial proportion has been in collaboration with industry. I have consulted widely for government, public agencies, cooperatives and national and multinational pharmaceutical and agricultural businesses. This consulting has included business development in livestock genetics and breeding, design of technical programs for industry, communication strategies for industry, and R&D policies and strategies applied to conservation and utilisation of genetic resources and biodiversity for industry and major international agencies.

I have no current teaching responsibilities but I have previously run a variety of undergraduate and postgraduate courses in quantitative genetics and livestock genetic improvement.

A book of course notes for "The design and economics of animal breeding strategies" by J. P Gibson and J. Dekkers is freely available.

I have broad research interests in genetics of agricultural species and the integration of genetic technologies into developed and developing world agriculture systems, and the accompanying systems change that is required for benefits to accrue. Specific research interests include, design and optimisation of breeding objectives and breeding programs, assessment and use of genetic diversity, QTL mapping and gene detection, and integration of molecular genetic information into genetic improvement. My research projects and programs have worked on applications with cattle (beef and dairy), pigs, poultry, sheep, horses, mice, rainbow trout, house flies (Musca domestica), sugar beet and almonds. I have a particular interest in the integration of information across disciplines, and devote a high proportion of my time to the development of consortia for multidisciplinary approaches to research, development and delivery, and the development of forward strategies for R&D agencies and industry internationally. My current work focuses on developing world agriculture systems: specifically the development of sustainable genetic improvement systems that benefit smallholder farmers in Africa and south Asia.

Brisbane, J.R. and Gibson, J.P. (1995). Accuracy of evaluation and correlation of estimated breeding values among relatives with evaluation based information from relatives or from identified loci. J. Anim. Breed. Genet. 112: 17-32.

Gibson, J.P. (1981). Problems in obtaining a description of the evolution of Dimethoate resistance in Danish houseflies (Musca domestica). Pestic. Sci. 12: 565-572.

Gibson, J.P. (1981). The effects of feeding frequency on the growth and efficiency of food utilization of ruminants: an analysis of published results. Anim. Prod. 32: 275-283.

I have consulted widely for national and international businesses, governments, international agencies and NGOs. Key areas of expertise are in research and development strategy and integration of innovations into sustainable business operations and agriculture development.