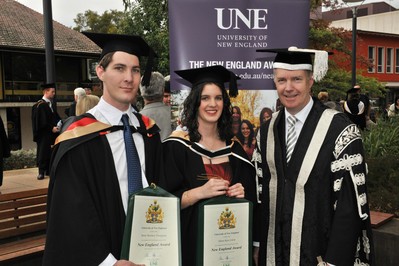 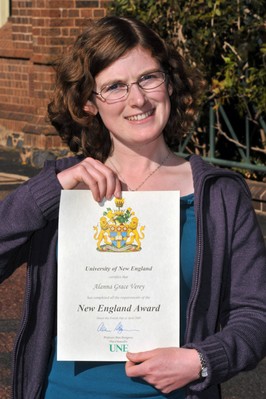 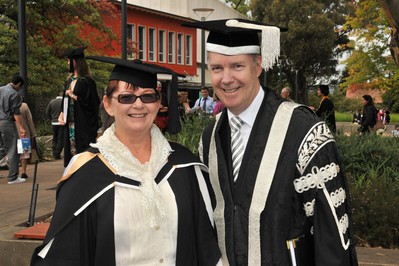 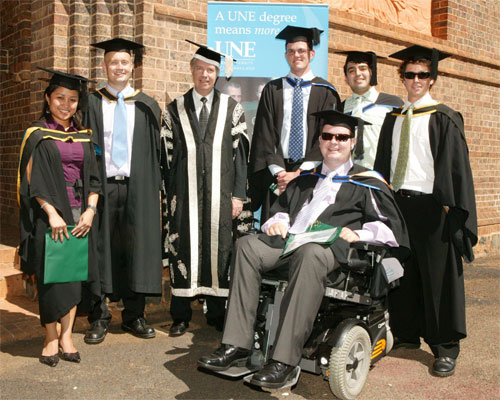 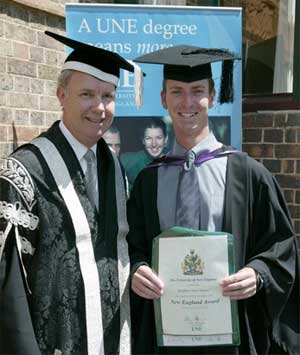 "Penning the NEA journal to meet the requirements of the award allowed me to not only  reflect on the benefits of the activities that I had undertaken, but also on the wonderful times that I had over my four years as an internal student.  Sitting back and reflecting on four years of your life makes you realise how much you have grown.  It makes you realise that university is so much more than the piece of paper at the end.  The things you learn there can't be read in books or written about in assignments - they have to be experienced." John Southwell 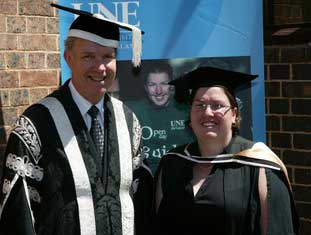 New England Award Graduates with the Vice-Chancellor and CEO Prof. Alan Pettigrew at the Graduation Ceremony on April 8th 2006. "The New England Award is not just the physical recognition of extra-curricular activities. It is a management tool, a university experience designer and more often than not an alternative way of finding new and exciting avenues to explore and new hobbies to pursue. My New England Award has taken me from as far as Vienna (Austria) to inside college itself in Armidale! It is truly a unique experience." "Upon beginning the NEA I realised that many aspects of my life needed improvement. The NEA provided me with the incentive to begin something of importance.  I have grown as a person as a result of undertaking the NEA and can now put all that I have learnt in theory to practice now and into the future." "In summing up my full UNE experience, I would say that although most of the NEA activities may appear peripheral to the study program I was enrolled in, it is now apparent to me that my career pathways have been broadened, my global perspective has been enriched and my approach to social responsibilities has diversified. More importantly, I feel that my involvement in several of the NEA activities has and will continue to inform and empower my sense of self and others in my career life after university. My participation in and engagement with these activities has acted as a catalyst to my realisation of the value of the key attributes of a graduate - a UNE graduate." "Working towards meeting the criteria for the NEA meant that I became involved in activities and committees that I may otherwise have not. When I think back on my time at UNE, it is these experiences that I  really value."

"The New England Award has given me credit for many things that I was already doing and other things that I otherwise probably would not have done. While acknowledging individual pursuits, it also serves as encouragement for community participation. The award serves as proof to employers that there are many facets to being a student."

"The New England Award is an innovative and flexible scheme that encourages students to become involved in extra-curricular, community and work-related activities. It rewards those who attend university not just to get a piece of paper, but to develop as human beings:- socially, ethically, and holistically. I can highly recommend it." 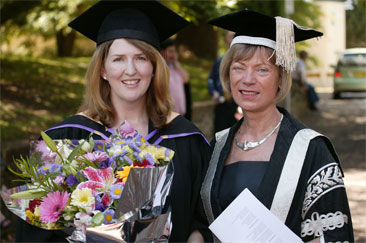