Published 12 March 2020
Dr Jordan, a lecturer in UNE Theatre and Performance, has won the inaugural New Play Award as part of New York City’s Australian Theatre Festival with his play The Tiniest Thing. 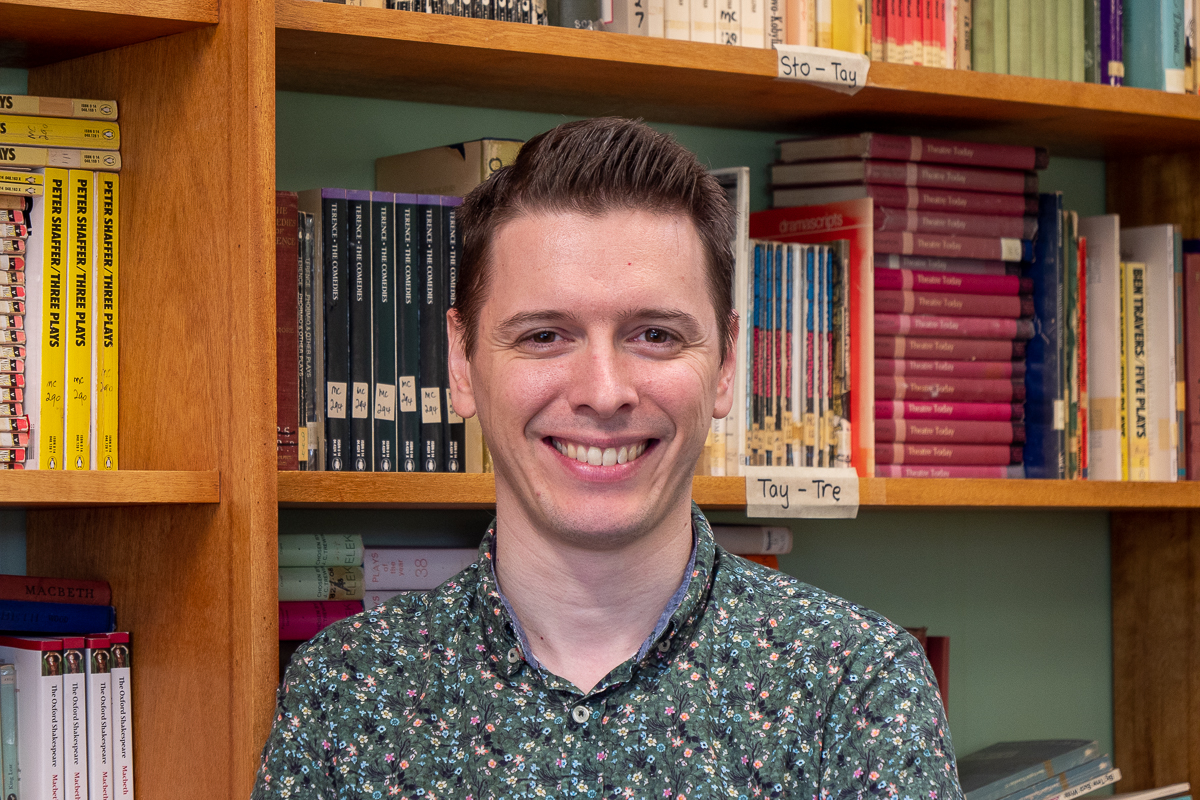 From an idea, to a single scene, to an award-winning script, Dr Richard Jordan’s play, The Tiniest Thing, proves that, artistically, from little things big things grow.

The festival promotes Australian art and culture in New York and this year invited plays for its new award that spoke to contemporary Australian issues.

“I wrote a ten-minute scene for a conference at UNE last year in response to how storytelling can engage with climate change. I wanted to marry the personal with the political with this play,” Dr Jordan said.

The scene was well-received, and from there Dr Jordan received some funding from the UNE Faculty of Humanities, Arts, Social Sciences and Education (HASSE) that enabled him to develop and test his draft with actors in Brisbane. The refined version of that test is the one that has earned him the top prize at the Australian Theatre Festival – NYC.

“It felt fortuitous that the festival was calling for plays that engaged with contemporary issues facing Australia. I thought, ‘I may as well throw my hat in the ring!’ – I’m amazed to have won, I really can’t believe it!”

Dr Jordan will soon head to New York City for a public staged reading of his play and the opportunity to further develop the play and artistic contacts in the city, all as part of his prize valued at over $5,000 USD.

Dr Jordan’s play was unanimously chosen for the prize through a blind judging process from a pool of 99 entries. The festival organisers describe the goal of the award as being to ‘recognise a new play with a distinctly Australian voice that is big on ideas and bold in its ambition.’

In a statement posted on the website, co-artistic director Mark Barford said The Tiniest Thing was a “big, bold Australian play” that “asks questions about our relationships to our families and climate change.”

As well as being an exciting career milestone, Dr Jordan hopes the play will go on to be a full production that will challenge people’s “confident perceptions” around climate change and its impacts.

“The conversation around the issue has become so polarised. It’s the left in against the right wing talking in echo chambers – no one is listening to each other. Confident opinions can be blinding. This is the most overtly political play I’ve written, but I just hope it helps people consider their own echo chamber in a way that isn’t so divisive.

“It’s a challenge to avoid being ‘preachy’ or didactic, even as the urgency of the climate crisis becomes more real every year,” he says.

Artistically, the concept also presents some new challenges for Dr Jordan to grapple with for the play’s production.

Describing it as a “family drama where Nature intrudes”, he says it requires his seven characters to be together on stage at once, almost in real time, talking and interacting and filling the stage in meaningful ways.

“It’s a challenging topic and very different from anything I’ve written. It may not have happened if I didn’t have the opportunity to develop it in stages and test it with actors and audiences along the way.

“I think if you’re sitting on an idea, take a chance with it. You really never know!”

More about the award: https://www.broadwayworld.com/off-off-broadway/article/AUSTRALIAN-THEATRE-FESTIVAL--NYC-Has-Announced-the-New-Play-Award-Winner-20200309