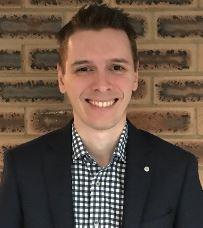 Richard joined UNE in 2018 after working for many years as a playwright and theatre producer, both in Australia and overseas. His plays have garnered several awards and honours, including the Australian Theatre Festival NYC Best New Play Award (The Tiniest Thing, 2020), the Queensland Premier’s Drama Award (25 Down, 2009), the Lord Mayor’s Award for Best New Australian Work (Machina, 2015), three Matilda awards (2009; 2015), a writer’s residency at Marrickville Council, Sydney (2011), a Creative Fellowship at the MacDowell Colony, New Hampshire (2013), and a public reading at the Royal Court Theatre, London (2008). Both 25 Down and Machina are published by Playlab Press. In 2016 he established the "Incubator" New Writing Program in conjunction with Playlab in Brisbane, where he mentored 12 emerging playwrights. His PhD (UQ, 2015) identified a new genre of theatre called Posthuman Drama: plays that explore the innate tensions between the physical and digital worlds.

Richard’s current research interests include posthuman theatre and its antecedents, contemporary Australian, British, and American text-based drama, and playwriting pedagogy. His new play The Tiniest Thing explores the politics of perception and inter-generational violence at the heart of the unfolding climate crisis.

“‘Man is such a simple and uncomplicated machine’: Posthuman Chekhov at the 2018 CreateX Festival.”  26 June 2019. ADSA Conference, University of Tasmania, Launceston. Conference Paper.

“‘Can We Go Home? Do I Have My Kidneys?’: Posthuman Identity and Agency in Sarah Ruhl's Dead Man's Cell Phone.” 27 Nov. 2013. Perspectives on Progress Conference, University of Queensland, Brisbane.

“Data Made Flesh: The Posthuman Drama of Adam J. A. Cass’s I Love You, Bro.” 12 July 2013. AULLA Conference, University of Queensland, Brisbane.