Members appointed by the Minister 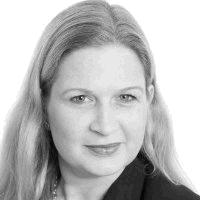 Meredith Symons is a UNE Graduate (Bachelor of Financial Administration, Accounting and Finance) and ACA, who has lived on-campus at Earle Page College and loved all aspects of the UNE college experience.

Meredith sits on a number of subsidiary boards at Goodman Fielder, as well as a Joint Venture board based in Indonesia.  She has a group perspective, is skilled at considering the business implications from the numbers and has experience with technology including introducing new systems.

Meredith's career has taken her overseas and she has had responsibility for overseeing international portfolios.  She has held senior financial positions at some of Australia's top corporations including Goodman Fielder (FMCG, Food manufacturing), Macquarie Bank, UBS and Price Waterhouse Coopers.

Meredith is looking forward to contributing her expertise to the University of New England Council.

Meredith has served on UNE Council since 2014 and was appointed to UNE Foundation Ltd from 2015-2019. 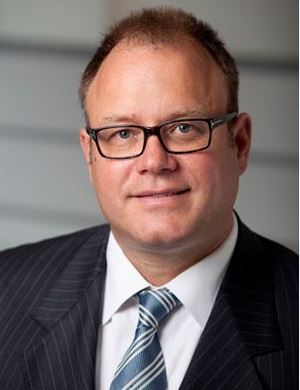 David has close to 30 years' experience in the property and management industry. Prior to establishing his own boutique property group in 2007, he was the Chief Executive Officer (Asia Pacific) of the ASX listed Goodman Group. Before being appointed as CEO (Asia Pacific), David was Goodman Group's Chief Operating Officer.

David worked for Goodman for more than a decade and before joining them he was the Fund Manager of ASX listed Paladin Industrial Fund and an Associate Director of CDH Properties (acquired by KPMG).

David has a proven track record at both executive and Board levels in the development and implementation of effective business strategy. He also has extensive and practical experience in change management.

David grew up in regional New South Wales and now lives in Sydney with his wife and three sons. He understands the challenges and rewards for rural based students studying an undergraduate degree at University.  He completed his postgraduate studies in Management and Business at the University of New England (UNE) via correspondence. Studying at UNE allowed David to meet both the demands of a senior executive role and the responsibilities of helping to raise a young family.

David holds a Bachelor of Business (Land Economy) from the University of Western Sydney, as well as a Postgraduate Diploma in Management and a Masters in Business Administration from UNE.

David is the UNE Council-appointed member on the UNE Foundation Board. 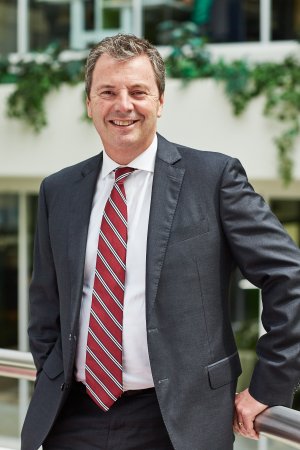 Russell Evans is a global technology and media industry executive with considerable experience in digital technology, business strategy, international markets, sales, product & marketing. Over the past 25 years, Russell has lived in and worked across Asia for a variety of high-profile, complex technology organisations.

During his time at IBM, Russell spent many years interacting with the small business segment across the Asia Pacific, particularly in relation to how they utilise technology to improve productivity, enhance decision making and boost financial performance. During his time at Veda Advantage, Russell experienced extensive media exposure, commenting on issues ranging from the supply of credit to small business, cash flow management and the links between GDP growth and small business performance.

Russell is currently deputy chairman for Make-A-Wish Australia and is also on the board of Can Assist.

Russell holds a Bachelor of Business (Marketing), a Masters of Business Administration which he gained from UNE in 1998 and is a graduate of the Australian Institute of Company Directors.

Mr Robert Finch is a retired Chartered Accountant with forty years experience in his profession. During his professional career Mr Finch provided business, taxation and risk management services to a diverse range of large corporate and semi-government clients and small to medium enterprises.

Career achievements and community contributions include:

Mr Finch was first appointed to the University of New England Council in 2008 and currently serves on the following UNE Council Committees:

Mr Finch is supported in his endeavours by his wife Jenny and three children, two of whom were educated at UNE and experienced the University's unique collegiate environment.

Rosemary Leamon is a UNE graduate (BFinAdmin), Chartered Accountant (CA) and Graduate of the Australian Institute of Company Directors (GAICD).  She is based in Sydney but travels often to Armidale and the New England region to visit family and friends.

Rosemary is a senior executive with over 30 years experience in the Professional Services and IT sectors.  She has extensive commercial experience in finance and business operations and has a real passion for complex environments which offer the challenge of juggling strategy, compliance, governance and profit optimisation whilst delivering business insight, stakeholder engagement and business support.  This has seen her career broaden from traditional finance to focus on business operations and transformation.

Ms Leamon also has extensive international experience having worked for US and European multinationals in heavily matrixed environments, and has experience leading and mentoring teams including from Japan, Korea, China, Singapore, India and Australia with a high degree of cultural diversity.

Rosemary regularly uses her financial skills and her understanding of the commercial imperatives to 'operationalise' the business strategy.  She is seen as a trusted advisor enabling businesses to be agile and quickly respond to changes in the market while orchestrating scale and efficiency.

Her career has included working at SAP, PeopleSoft and PwC as well as other large global companies.  Currently she works at SAP, one of the world's largest providers of business software and services, where she is the Asia Pacific Operations Director for their services business.

In addition to doing her degree at UNE Rosemary has also experienced UNE's college system being a former resident at Earle Page.  She is looking forward to being reconnected with the University of New England and being an active contributor on the UNE Council.

Anne is the former Chief Operating Officer and CIO of ING Direct Australia and has previously acted in executive technology and business roles for QBE, Macquarie Bank and St.George Bank.

She is strongly committed to improving educational outcomes for disadvantaged communities through work in the not for profit sector as a member of the Sydney Council of United Way Australia, and has previously been a Trustee of the ING Foundation.

Anne has a passion for technology and its role in product and service innovation, which was an important component of her role at ING Direct.  She currently acts as an advisory board member to early phase technology innovators, including TokenOne Pty Limited, and is also a member of the Industry Advisory Network for the University of Technology.

Anne holds a Master of Business Administration from AGSM, University of NSW and is a graduate of the Australian Institute of Company Directors.

Jan McClelland is a Council-appointed Councillor of the University of New England and has previously served as a Minister-appointed Council Member. Jan is an experienced chief executive and senior executive in government administration, management consultant, chairman and non-executive director of organisations in the government, private and not for profit sectors.

Jan is a former Director General of the NSW Department of Education and Training and Managing Director of the NSW TAFE Commission. She is currently the Managing Director of Jan McClelland & Associates Pty Ltd, a company providing consultancy services across public, private and not for profit sector organisations in the areas of strategic planning, reviews of functions, programs, structures and services, organisational performance and capability and industry codes of practice.

Ms Jan McClelland was awarded a Member (AM) in the General Division of the Order of Australia, for "significant service to a range of education, business, social welfare and community organisations and to public administration", in the Australian Day 2015 honours list.

Associate Professor Scully was born in Melbourne and educated at Xavier College (1991-98). He discovered an early passion for History (and Doctor Who, before it was cool) and holds a BA (Hons) and PhD from Monash University (2004 & 2008). Richard was awarded the Ian Turner Memorial Prize for his BA (Honours) thesis (2003) and the J. D. Legge Prize for the best overall result in fourth-year History (graduated 2004). While studying for his PhD (awarded 2008), Richard worked as a sessional tutor, Associate Lecturer, and Lecturer, in History and International Studies.

Richard came to UNE at the beginning of 2009 as Lecturer in Modern European History, pursuing his interests in teaching the 1789-2000 period, and his main areas of research interest (the cultural history of Anglo-German relations; the Great War; and the political cartoon).

In 2012, Richard was awarded DECRA (Discovery Early Career Researcher Award) by the Australian Research Council (ARC), to explore the global history of political cartoons (funding for 2013-2015 inclusive). He has subsequently mentored Early Career Researchers in competitive grant-writing. In 2014, he was a visiting Scholar at the Flinders University of South Australia and accepted as a Visiting Scholar at the University of Cambridge. For further information on Associate Professor Scully’s research engagement and interests, teaching areas and professional affiliations, please refer to his staff profile.

Richard is father of two boys, and committed to maintaining fair work/life balance in academia. An NTEU member, Richard is committed to UNE’s long-term sustainability as an employer of world-class teachers and researchers, and an enduring pillar of the New England. Richard has served on UNE’s Academic Board, and the University Research Committee. He is presently a board-member of St Albert’s College.

Charles is the elected Professional Staff representative on UNE Council.

He has been employed by UNE for four years and is currently the Manager of Market Analysis and Research in the UNE Marketing Directorate.  His work includes the measuring of UNE marketing campaigns, researching university growth opportunities, and the performance of UNE compared to other universities and in relation to higher education sector trends.  He is also a member of the UNE Human Research Ethics Committee.  Earlier in his career, Charles worked as an analyst, data modeller and in managerial roles at Charles Sturt University and Western Sydney University.

Charles is an Anglican Church Minister and originally moved to Armidale almost ten years ago to become the Associate Minister at St Peter’s Anglican Cathedral. He continues to work for the parish on an honorary basis.  He is also on the management committee of a local youth mentoring organisation.

Charles has degrees in Economics, Science and Theology, and a Graduate Diploma in Computer Science.  He is grateful for the opportunities he has had to study, and wants to help others have that opportunity as well.

He is married with three teenage daughters, one of whom is studying at UNE.

I am in my second year of studying a Bachelor of Psychology, on campus at UNE. I spent my gap year travelling and as a nanny. When I came to live on campus, at the start of 2017, I discovered that UNE offers a unique college experience, where the traditional values of a university education are upheld.

I am a passionate advocate for students because I firmly believe that they are the life force of the University and have a right to be heard.

I have deep personal belief in the important of fairness and social inclusion and see my role on Council as an opportunity to speak up for the interests of all students, internal and external.

I believe every student should be given the opportunity to pursue their higher goals. Universities need to be more than just 'diploma mills', they need to provide the spaces where students discover their identity and find the skills that will give them the ability to contribute meaningfully to society.