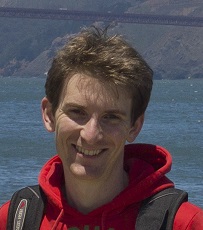 In 2010 Rob received a BSc(Hons) degree with first class honours in Physiology from UNE and received his PhD in 2016 for his thesis on Physiology and Pharmacokinetics. Throughout Rob’s Honours and PhD study he was involved in teaching in practical classes for various Biomedical subjects and in the later part of his PhD he was also employed as an Associate Lecturer in Human Biology and Physiology before joining UNE in 2015 as Lecturer in Biomedical Science. Rob’s research has examined the pharmacokinetics of leptin. He has also supervised higher degrees students in studies examining nutrition and reproduction, metabolism and reproduction, and use of exercise in management of poly-cystic ovarian syndrome.

Rob has lectured physiology based content into units for degrees in Biomedical Science, Pharmacy, Medicine, and Nursing.

Rob’s research interests include hormonal regulation of homeostasis, pharmacokinetics, and the gut microbiome.

Assadi, A, Zahabi, A, and Hart, RA (2020), 'GDF15, an update of the physiological and pathological roles it plays: A review', Pflugers Archiv (in press)

Effect of low- and high-protein maternal diets during gestation on reproductive outcomes in the rat: a systematic review and meta-analysis

Hart, RA, Agnew, LL and McFarlane, JR (2015), ‘Pharmacokinetics of Leptin in the Gut of Mice’ The Annual Endocrine Society of Australia and Society for Reproductive Biology Meeting 2015