Lecturer - School of Science and Technology 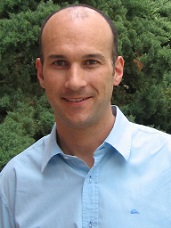 My PhD was on the field theory of solitons, and the statistical mechanics of nucleation in the ferromagnetic spin-chain model. This work was later used in the design of new types of high-density magnetic storage media for computer hard disks.

My first postdoctoral position was in mathematical neuroscience, in the School of Physics at the University of Sydney. I investigated nonlinear neural dynamics, and proposed a model where neural competition leads to a nonlinear wave instability. This model instability quantifies how a visual stimulus can lead to a visual percept known as binocular rivalry.

My second postdoctoral position was in the Center for Nonlinear Studies at Los Alamos National Laboratory. Here, amongst other things, I worked on a statistical model of sensory processing, similar to independent component analysis, that describes how simple cells in the primary visual cortex may reduce redundancy in natural sensory data. I also investigated bi-stable steady states in two-dimensional turbulence by considering maximum entropy states in the point-vortex model. This work was motivated by attempting to understand the dynamics of bi-stable ocean currents such as the Kuroshio current along the east coast of Japan.

I was then an adjunct lecturer at the University of New Mexico (in Los Alamos) teaching first-year maths and computer science, before joining UNE.