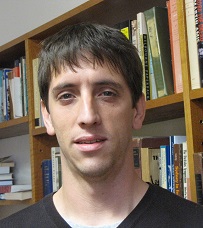 Dr Matthew Allen is a Historian and Criminologist whose diverse research is all focused on the eighteenth and nineteenth-century British world and particularly colonial New South Wales. He is currently writing a history of alcohol in the colony which will explore the political symbolism of both celebratory drinking rituals and the regulation of public drunkenness in the period 1788-1856. Another major project, supported by a University Research Support grant and a BCSS Seed Grant, examines the changing nature of deviance in New South Wales through a quantitative and qualitative study of magistrates and summary justice in the era of gubernatorial government, c.1810-1850. He is also researching secularisation and the role of religious faith, and especially protestant dissent, in the emerging colonial public sphere, c.1820-1840.  All of these projects share an interest in understanding the unique and extraordinary transition of New South Wales from penal colony to responsible democracy, and the way that this process was shaped by the conflict between liberal ideals and authoritarian controls within the British world.

I’m especially interested in supervising students interested in the history of crime in the British world, broadly conceived. Interested students would identify a specific crime, or an aspect of policing and punishment and research its history within a specific jurisdiction and time period. For example, you could study the history of the criminalisation of marijuana in twentieth-century Australia, the history of vagrancy in nineteenth-century England, or the history of flogging in colonial NSW. If you have an interest in understanding the origins of our criminal justice system, feel free to contact me and discuss your ideas.