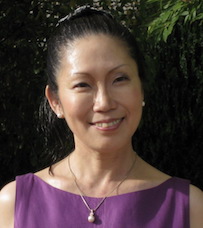 Myung-Sook Auh is a Senior Lecturer in the Creative Arts Education team and specialises in Music. She coordinates the Secondary Music Education program at UNE since 2005. Her doctoral research was Prediction of musical creativity, and her creativity research was published in refereed journals (1996, 1999, 2003a, 2003b) and national conference proceedings (1999). As she immersed into teacher education for music teachers, she expanded her research to developing confidence of pre-service music teachers in teaching music, which was published in refereed journals (2004) and conference proceedings (2006). Her recent publication includes a book chapter in Handbook of musical identities (2017) and refereed journal publications (2014, 2013). Her Oxford book chapter examined the cases of Australia and south Korea and the impact of digital technology on emerging musical identities. She is Program Director of the Asia ConneXions program, which is a global education program for schools utilising videoconferencing technology. The Program received the Australian Government’s grant of $558,000 in 2013-2015; its final evaluation report is available here. The Program is continuing with approximately 100 schools (50 Australian, 50 Korean) each year. Through the Asia ConneXions program, she collaborates with expert STEM and cultural organisations, such as ANSTO (Australian Nuclear Science and Technology Organisations), Great Barrier Reef, and Museum of Human Diseases to strengthen the links between Australia/UNE and South Korea by offering expert virtual excursions to Korean schools through videoconferencing.

Dr Auh’s publications includes two edited books, 5 book chapters, and 13 journal articles, and 26 full-paper refereed conference papers presented in international and national conferences. The most recent important publication is the Oxford book chapter in Handbook of musical identities (2017). Her Final Evaluation Report of the Asia ConneXions program submitted to the Australian Government in 2015 provides key outcomes of the use of videoconferencing in schools in Asia with evidence.

Auh, M. & Walker, R. (1999). Compositional strategies and musical creativity while composing with staff notations versus graphic notations among Korean students. Bulletin of the Council for Research in Music Education, Special Issue, No. 141, 2-9. ISSN 0010-9894

Auh, M. (1997). Prediction of musical creativity in composition among selected variables for upper elementary students. Bulletin of the Council for Research in Music Education, Special Issue, No. 133, 1-8. ISSN 0010-9894

2002-2003. Tertiary Representative for the NSW Board of Studies Curriculum Committee for revising the NSW Music Years 7-10 Syllabus.

2002-2005. Editorial Board member for the International Journal of Music Education.

1991-1994. Doctoral scholarship at Case Western Reserve University (CWRU) in Ohio, USA. Worked as Editorial Assistant for the research journal, Contributions to Music Education, and Teaching Assistant for Music Theory at the Cleveland Institute of Music, which was affiliated conservatoire for CWRU.

Creativity in music
Music teacher education
Use of videoconferencing in schools