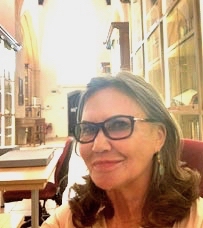 Jennifer’s main research interests lie in Victorian literature and culture, with an emphasis on the work of Robert Browning and material culture; and in Human and Animal Studies, particularly in relation to animals in the Victorian period.

Jennifer is the recipient of national, state and institutional teaching awards:

Situated at the intersection of Victorian studies and Human and Animal studies my current research focuses primarily on the question and condition of the animal ‘Other’. I am also interested in questions of relationship between things and the persons who value them, to intersubjective subject and object relations in specific temporal and spatial contexts, specifically in Robert Browning’s life and work. The ‘NonHuman turn’ in the Humanities, which emerged in the final decades of the twentieth century, addresses some the most urgent and difficult conceptual issues in Humanities scholarship: the politics and material practices of species difference, the functions of animals in nature/cultures, and the fragile status of the ‘human’ in an era of accelerated environmental crisis. Supported by both textual analysis and archival work, my research in this area aims to identify and analyse intersections between species and discourses of gender, class, race, ethnicity in Victorian literature and culture. I have published articles and chapters on Elizabeth Barrett Browning and her dog, Flush; mourning, sentimentality and pets in Victorian England, Dickens and animals, and literary human and animal studies and the academy. I have also written on topics as varied as bric-à-brac and cabinets of curiosity, difficulty and celebrity in Robert Browning’s poetry, and on Browning studies and the history of university English studies in Australia.  I am currently working on a book project – provisionally entitled Browning’s Things- which examines the greatly amplified mid- and late-Victorian interest in Browning’s biography via access to objects which were intimately related to the poet’s private life and which were much sought-after by biography-hunters: memorabilia, souvenirs, tangible relics of all sorts. It will also consider the twentieth-century afterlives of select objects.

I have extensive experience in supervising higher degree research theses in nineteenth and twentieth century literature, including interdisciplinary topics. I welcome students wishing to undertake research topics in the areas of Victorian literature and culture; in Human-Animal studies; and Literature and the environment.

Examines Mungo W. MacCallum's public lectures, and teaching of Browning at the University of Sydney from the 1890s-1920s; proposes a genealogy of ‘difficulty’.

Examines the way Browning's narrativisation of collecting things raises important questions about the regimes of value that define the circulation of objects, texts and artworks across boundaries local and national.

Problematises discourses of 'sentimentality'; strong affective responses at the loss of pets by Victorian writers was perceived by others to be a threat to 'legitimate' emotional, ethical, and political attachments.

2013. 'English Studies at the University of New England: a Report from the Field'. Australian Literary Studies. The English Issue. Eds. Leigh Dale and Tania Dalziel. pp 149-162.

Examines the field of literary human-animal studies; analyses some of the major theoretical challenges posed by a philosophically rigorous HAS to traditional notions of disciplinarity. Discusses race/species intersectionality by way of reference to the Bandit and Michael Vick cases in the US; and discourses of reason and animality in relation to J.M. Coetzee's Disgrace.

Singled out by leading Elizabeth Barrett Browning scholar, Marjorie Stone, in Victorian Poetry 49.3 (2011) as 'the most sophisticated, extended, and original treatment of this subject to date'.

2014. Co-Editor. Modern Language Quarterly. Special Issue: Lessons from the Past: the History of Academic English. 75.2 (June 2014). With Leigh Dale.

2012. Invited Paper. 'Mourning the Animal Dead: Sentimentality and the Care Tradition in Animal Ethics'. Danse Macabre: Emotional Responses to Death and Dying from Medieval to Contemporary Times. The ARC Centre of Excellence for the History of Emotions, University of Sydney. Australian Museum. 21 September, 2012.

2009. '"Ladies Pets" and the Politics of Affect in Mid-Victorian England'. Minding Animals – the 2009 International Academic and Community Conference on Animals and Society, Civic Centre, Newcastle, 13-19 July, 2009.

Jennifer is a member of the Nineteenth-Century Studies Network and also the Posthuman Literary and Cultural Studies Research Group at the University of New England, and is currently Vice-Chair of the Australasian Animal Studies Association (AASA).