An ancient appetite for destruction

Published 24 October 2018
When it comes to creatures that eat shellfish, evolution got some things right half-a-billion years ago. 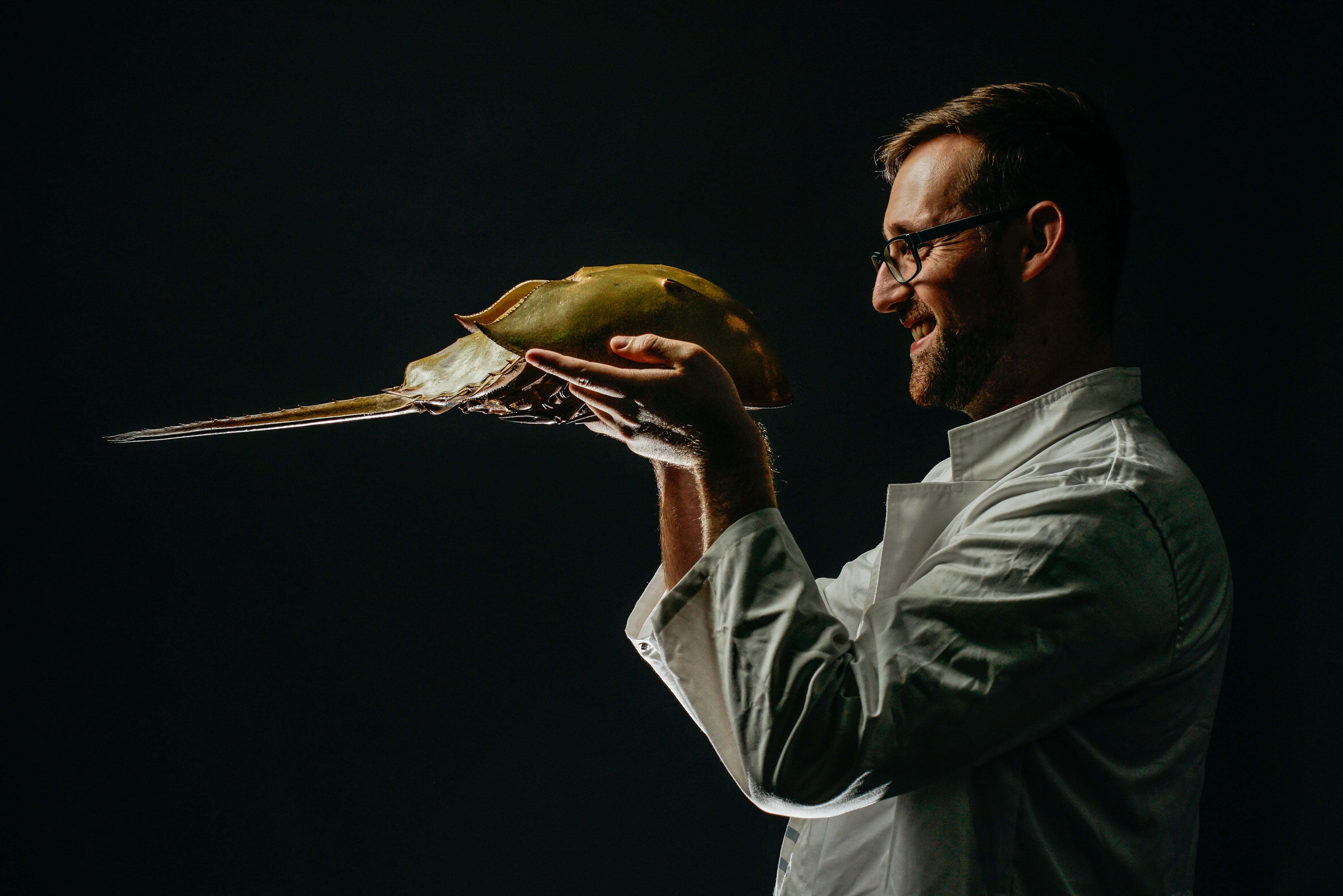 Image: Russell Bicknell and an international team of researchers found that the biomechanics of the modern horseshoe crab are functionally similar to a 500-million-year-old arthropod ancestor.

Evolution has explored many approaches to eating prey, and discarded almost as many. However, for one group of marine arthropods, optimum biomechanics arose over half a billion years ago.

That is the conclusion of a new UNE-led study, published today in the Royal Society’s Proceedings B, which compared a modern shell-crushing arthropod, the iconic American horseshoe crab, with a 508-million-year-old fossil species, Sidneyia inexpectans, using advanced computational 3D modelling.

Both animals evolved to specialise in eating shelly organisms found on the ocean floor.

Remarkably, says study leader and UNE PhD candidate, Russell Bicknell, “despite the half-billion years between the two species, the biomechanical performance of their feeding structures is very similar. If anything, the modern horseshoe crab has slightly reduced performance over its ancient relative.”

“The rapid emergence of a species so well adapted to eating shelly animals shortly after shell-bearing creatures appeared is evidence of one of evolution’s earliest arms races – one in which evolution converged upon an optimum shell-crushing solution very early on, during the Cambrian Explosion.”

The team – four researchers from UNE’s Palaeoscience Research Centre, one from Duke University’s Department of Evolutionary Anthropology, and two researchers from the University of New Hampshire’s Department of Biological Sciences and School of Marine Science and Ocean Engineering – employed 3D Finite Element Analysis (FEA) to predict how stresses and strains are distributed through appendages used for mastication.

Their analyses focused on the walking legs of the animals, specifically looking at the gnathobases: features that function like teeth and are capable of  crushing shelly prey.

After modelling the fossil species’ shell-crushing ability, and noting that Sidneyia fossils sometimes preserve shelly  gut contents of juvenile trilobites and other thin-shelled creatures, the researchers proposed that Sidneyia was one of Earths first shell crushers and “potentially drove selection for more fortified shells or other novel defences in biomineralized prey” during the Cambrian Explosion.

While highlighting the deep origin of important feeding mechanics, the team also commented on the value of 3D FEA for developing knowledge around aspects of arthropod biomechanics.

“We have shown that 3D FEA is not only useful for understanding the biomechanics of modern arthropods, but also for testing ideas about how their ancestors may have functioned,” Russell said.