Published 30 April 2019
Dr Arthur Rickards made an outsized contribution to the Australian livestock industries, and helped shape UNE in the process. 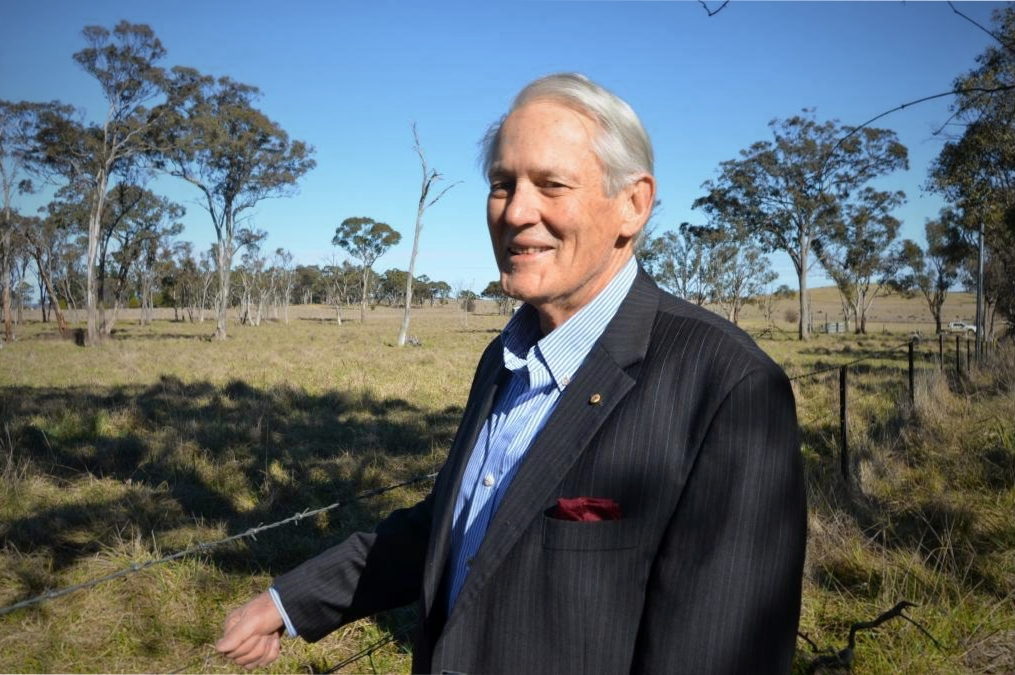 Dr Arthur Rickards, OAM, who died on Friday, April 19, aged 77, was one of the individuals who built the foundations of today’s UNE.

A national rifle shooting champion as a youth, and a State champion middle-distance runner in his native Queensland, Dr Rickards’s relationship with the University began in 1965, when he shifted his Agricultural Economics postgraduate scholarship from the University of Queensland to UNE.

As Executive Officer of the Farm Management Service Centre from 1967, he observed how the farming community was keen to adopt the new agricultural technologies being developed at UNE, but an infrastructure gap prevented easy knowledge transfer between research and application.

Into this gap he built the Agricultural Business Research Institute (ABRI), which opened for business at UNE on 1 July, 1970.

One of his maxims was to “never be circumspect about either your capacity or that of your technology”, and he followed it.

In 1972, ABRI was announced as the operator of Australia's National Beef Recording Scheme (NBRS). As Dr Rickards cheerfully admitted in a speech last year, it was at the time preposterous that his three-person outfit should be handed such immense responsibility.

In hindsight though, the scheme could not have found a better home.

The NBRS remains the core of ABRI’s business, and the BREEDPLAN suite of genetic evaluation software that drives the scheme is used worldwide.

The Animal Genetics Breeding Unit (AGBU), which was established at UNE to support ABRI with research and development, has become a world leader in livestock genetics in its own right, while continuing to strengthen ABRI’s capability.

Modern genetic evaluation is a product of modern computing, and the need to be at the vanguard of computing technology ensured that ABRI, under Dr Rickards, was able to also support the introduction of a series of other important innovations.

The Institute had a vital role in the development of financial benchmarking of farm businesses, electronic selling of livestock, international commercialisation of Australia’s genetic evaluation system, and the infrastructure for international marketing of quality-assured Australian cattle genetics.

Outside ABRI, Dr Rickards was an extremely active member of the University and the New England community in general.

He wrote the proposal to establish UNE Partnerships, which started as a technology transfer company and has since become UNE’s commercial education company, and chaired the UNEP Board for its first three years.

He was instrumental in establishing the New England Conservatorium of Music in 2004, and was the Conservatorium’s Chairman for its first decade.

Dr Rickards was honoured with the Medal of the Order of Australia (OAM) in 1996 for his services to primary industry as foundation Director of ABRI, and UNE awarded him the honorary degree of Doctor of the University in 2003, and on his retirement from ABRI in 2011, the title of Distinguished Graduate Fellow.

The $50,000 a year, three year scholarship, supports a student investigating the development of products and services from data associated with livestock consumption, marketing and production.

Mr Wysel is developing a framework to enable owners of data-sharing platforms to interrogate them for less-obvious ways of producing value — research that fits perfectly in the ABRI lineage.

Dr Rickards courageously fought for years the disease that he eventually succumbed to. His wife, Deidre, survives him along with their two children, Alice and Gareth.