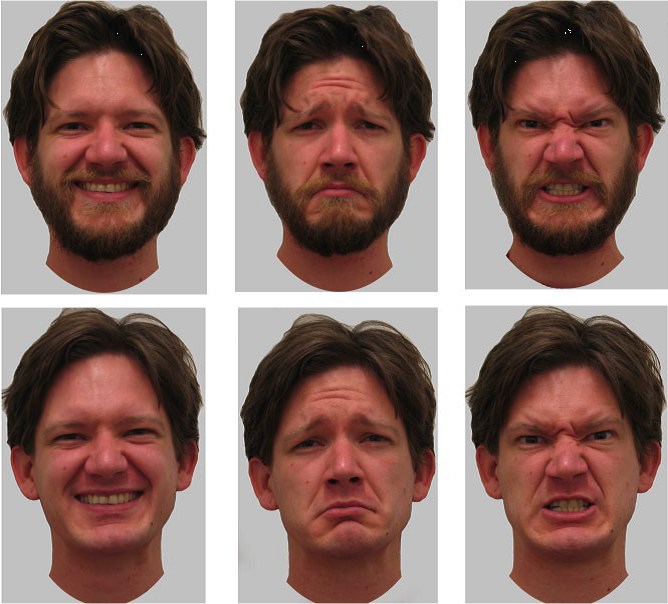 Psychologist Robert J. Pellegrini has famously said that inside every clean-shaven man, there is a beard screaming to be let out. Beards are also arguably one of the most obvious signals of masculinity in humans.

Expert in emotional perception, Dr Belinda Craig from UNE’s School of Psychology and her team, has published research findings on how having a beard impacts communicating certain emotions as opposed to being clean-shaven.

The study compared clean-shaven faces to, minimum six-week old untrimmed beards and considered three emotions: anger, sadness and happiness. “These were the emotions that were relevant for our study as they related to interpersonal threat and signaling aggressiveness and status,” Dr Craig said.

“We asked people to recognise emotional expressions and found that they are faster to recognise anger when there is a beard than when the face is clean-shaven,” Dr Craig said.

“Interestingly, we found that people were slower to recognise sadness on a bearded face than a clean-shaven face.

“We think it’s because the beard emphasizes the jaw which makes it easier to recognise anger but it is concealing some of the signals of sadness. ”The researchers further found that when people were asked to rate smiling, bearded faces they were rated as more prosocial.

“By prosocial we mean friendlier and more helpful. We also found that people didn’t recognised happiness faster on bearded faces as was the case with anger.”

Dr Craig’s research is closely associated with previous studies that have looked into why beards exist.

“Almost 150 years ago Darwin suggested that beards evolved to communicate formidability and status to other males. Recent studies have found that bearded faces are rated more masculine, dominant and aggressive than clean-shaven faces. But interestingly, no studies have investigated whether beards enhance recognition of threatening expressions like anger,” Dr Craig said.

“If you look angry, you are signaling to others that you are potentially going to fight them and that you are a threat to them. We found that having a beard can enhance this communication by making a person look more masculine and aggressive. Our findings are in line with the idea that a beard could help a man to survive by helping him to avoid possibly deadly fights or it could help him to look high status and gain access to more partners”

“Our research showed that beards matter for nonverbal communication. It is also interesting to think about how beards influence social interactions outside the lab in men’s daily lives.”

The message for beard lovers is a mixed one – having a beard may help you in the boardroom, politics or sport by looking dominant and intimidating. On the other hand, having a beard can be a bit of liability when you’re feeling sad and are looking for social support.

The research was recently published by the Association for Psychological Science and can be accessed here: https://journals.sagepub.com/doi/full/10.1177/0956797619834876