Published 19 April 2018
It was gold, gold, gold for UNE when student Gillian Backhouse helped to take the mixed triathlon relay team to victory at the 2018 Commonwealth Games on the Gold Coast. Not only is Gillian a Maste… 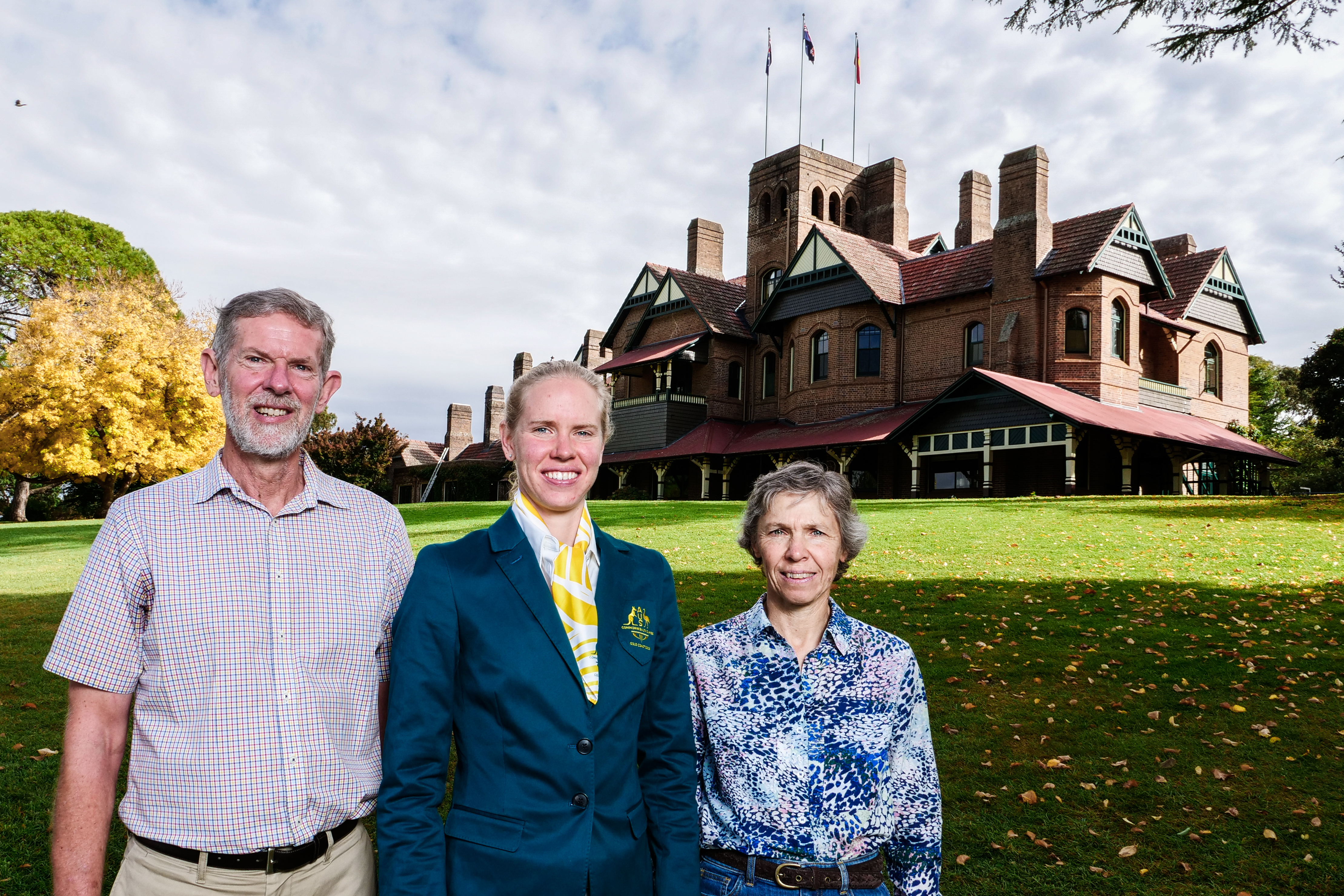 It was an exciting win for the UNE community, as not only is Gillian a Masters student; both her parents are also staff members and were there to watch the thrilling race.

Gillian spends much of her time competing overseas, so is studying for her Masters of Environmental Science and Management online as one of UNE’s elite athletes. When she’s not in Asia training with her Hong Kong-based coach, she’s generally in Europe racing on the world circuit, so it was a bonus for Heather Nonhebel and David Backhouse to cheer their daughter on home turf.

“It was both exciting and nerve-wracking,” said Heather, a senior lecturer in molecular and cellular biology. “We knew they had a very strong team and went into the event with a number two ranking, but I didn’t dare think about medals. Gillian made an excellent start and the team (also consisting of Ashleigh Gentle, Jacob Birtwhistle and Matthew Hauser) built on that.”

David, an associate professor in agronomy and soil science, said they don’t get to see many of Gillian’s top-level races and he was pleased all her hard work paid off.

“The training regime means a lot of sacrifices – I think the triathletes do more training than most other athletes – and Gillian has led a pauper’s life to follow this dream. It looks very glamorous, but it’s really a long, hard slog and she needs to be extraordinarily committed.”

Gillian completed her first triathlon with the Armidale Triathlon Club in late 2007 and the following year made it into the NSW squad to compete in the schools’ national competition. She completed her undergraduate studies in marine biology and ecology, but “triathlon weaselled it’s way in”. In 2014 she won the Australian championships over the sprint distance and the Australian championships over the Olympic distance, was the under-23 duathlon (run/bike) world champion and under-23 silver medallist in triathlon.

“But study is something I enjoy, and I missed it,” Gillian said. “We do a huge amount of training and it can take over your life if you’re not careful; studying helps me to maintain a balance. I knew UNE had a great external program, so last year I enrolled, knowing that it would enable me to continue travelling and competing.”

It’s not just a demanding schedule for Gillian. “It’s quite a roller-coaster; you ride the highs and lows of their career,” Heather said. “Coming from a small town and not having been through any of the talent identification programs and not knowing all the right people, Gillian has struggled for recognition. But no-one can take away a Commonwealth gold medal and we hope this makes it easier for her to gain sponsorship and the selections she deserves.”

It seems the sport has had an impact on her parents, too. “Gillian bullied me into doing a triathlon in 2009 and I learned to run, ride a bike in a pack, and swim; it’s been ever so much fun and I’m now the only woman over 50 who competes with the Armidale Triathlon Club,” Heather said. “David has also done a bit of running with the Armidale Athletics Club and we both train with the Armidale Cycling Club. Gillian’s got her whole family fit along the way.”