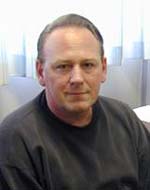 My teaching interests are primarily in the physiology of the respiratory and cardiovascular systems in health and disease, and in experimental and clinical pharmacology. However, over the past 2 decades I have taught physiology covering all the body systems, in addition to exercise physiology, pharmacology, anatomy and histology. I have taught a wide range of students including medical, dental, biomedical sciences, physical education, nursing and allied health students at the Universities of New England, Newcastle and Western Australia.

My primary area of specialisation is the respiratory system in health and disease.

My long term research interest relates to obstructive airways diseases. This has involved research studies in obstructive sleep apnoea, bronchial asthma and chronic obstructive pulmonary disease, and has included clinical investigations at major teaching hospitals and at the Armidale Private Hospital's Respiratory Failure and Sleep Disorders Unit. I have also investigated interactions between the respiratory and cardiovascular systems (the bronchial circulation; circulatory shock during positive pressure ventilation). My research interests in recent years at the University of New England include impaired respiratory muscle function and how this can be improved by exercise training, physiological matching of increased blood flow and increased metabolic demand during exercise, obstructive sleep apnoea and control of pharyngeal patency, and the pharmacokinetics and pharmacodynamics of phospholipid surfactants.