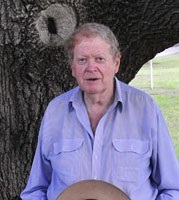 He has lectured and been published in many countries and was Visiting Professor in Folklore at the University of Sheffield in 1995 and again in 1999. He also took a leading part in the Summer School for Tolkien Studies at the University of Otago in 2007 for Pacific Rim countries. His antiquarian interests have made him ever more concerned with heritage matters, both in Australasia and world wide. He has long been a leading historian of historical and cultural matters concerned with Northern New South Wales.

Masters' theses have been in the fields of Middle English, Fantasy, Neo-Norse writings, Regional Heritage, etc.

Some Recent Refereed Articles and Chapters

He is renowned as a former student studying under J. R. R. Tolkien, on whose works he has written much, including:

(The last is much concerned with Tolkien's responses to Lydney, Gloucestershire, in the later Roman period.)

Largely in the areas of regional cultural projects and their historical aspects, especially in Northern New South Wales, with methodological and editorial advice.

Assessing others' papers for Australian and other scholarly journals.

Advisor on Celtic materials, assessor of bush ballads, etc., as at the 'Celtic Country festivals', 2009 onwards.

In August 2011, Participated in the Eminent stream of the Oral History program of the National Library of Australia, held in Glen Innes. He recorded 6 hours of interviews based on his work as a writer and folklorist. This was supported by about 70,000 words of related text.