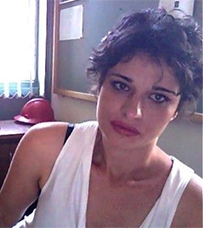 Ivana completed her Bachelor of Arts with Honours and her Masters in Criminology and Criminal Justice at Griffith University. For her PhD (School of Arts, UNE), she studied the dialogic subjectivity in Krzysztof Kieslowski’s Three Colours Trilogy, which combines her passion for Philosophy, Film and Cultural Studies. Ivana has taught and coordinated a variety of units in criminology, film and media studies.

“Sexual Stereotypes and Personality Development in Federico Fellini’s 8 ½ and Juliet of the Spirits”. Journal of European Cinema (forthcoming)

“Three Colours: Red and Polyphonic Cinema: Between Eisenstein and Bakhtin” (in preparation)