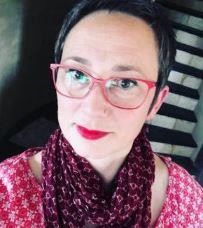 Debra Wain holds a PhD in Creative Writing from Deakin University. Her research interests include women, food and culture, which she investigates through the short story form. Her work – which has appeared in Landlines: anthology of regional poets, Verandah, Tincture, Verity La and Meniscus – is often inspired by the Australian communities in which she has lived. Deb has also exhibited poetry and short fiction in Co.lab exhibitions as part of the Bendigo Writers Festival and her pieces have been performed as part of the Quart Short Literary Salons in Adelaide.

‘A Platter of Antipasti’ in J Webb (ed) Mensicus, http://www.meniscus.org.au Winner of the CAL fiction prize

‘I got married, some can’t’ in V. Marsh (ed), Speak Now: Australian perspectives on same-sex marriage, Clouds of Magellan, 2011.