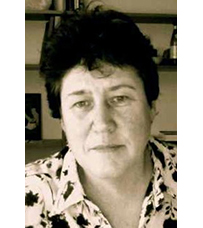 In 2020 Cate's book, Digital journalism, drones and automation: The language and abstractions behind the news, will be published in March by Oxford University Press. For several years at UNE Cate has designed and coordinated various digital media units, including Digital and Social Media, Film Techniques and Digital FX, and News and Journalism, and taught into other media studies units. She has also completed formal training for flying a UAV and obtained a UAV controller licence from CASA in 2016. In 2014 she was the HDR Research Coordinator in Arts. Between 2013 and 2015 Cate was an NSW representative for ANZCA and in 2014 she organised a panel for the annual conference in Melbourne on "Rural and Urban Social Media for Civic Engagement in Australia" including research on civilian drones in journalism. In 2012 Cate conceived and organised the Turing Arts Symposium in Birmingham via the AISB (UK). Cate has a PhD across media and computing from CSU and a Master of Information Systems and Management from Monash University. She has worked at Monash and the University of Melbourne and in earlier days she was a radio producer and feature film-editing assistant at the SAFC and Crawford Productions. She is also a graduate from the Centre For Performing Arts, Adelaide, with a major in Design.

Cate has designed and coordinated several units at UNE including: Internet Studies (2011, 2012 & 2013), Film and Media in the Digital Age (2012 and 2014) and Digital and Social Media (2013 and 2015). She has also redesigned News and Current Affairs (2016). Previously Cate taught New Media, Broadcast media, Multimedia and Information Systems in Melbourne.

Small competitive grant from the University of Birmingham for keynote at the Turing Arts Symposium, Clare Beavan, director of the 2011 British docudrama on Alan Turing.

Turing Arts Symposium book (published by the Society for Artificial Intelligence and Simulation of Behaviour)
http://events.cs.bham.ac.uk/turing12/proceedings/05.pdf

Member of the AISB (Society for Artificial Intelligence and Simulation of Behaviour) UK.

Member of JEAA Journalism Education and Research Association of Australia.