The Gordon window, dominating the hall of UNE's Booloominbah illustrates British imperial pride and identifying the culture enjoyed by many Australians during the 19th century.

[Banner image: Booloominbah in the nineteenth-century.] Landscapes of Production and Punishment The University is literally grounded in the 19th century, being set in the grounds of Booloominbah with its Gordon Window, designed to commemorate 19th-century British empire and heritage.

The Nineteenth-Century Studies Network is a broad-based, interdisciplinary community of scholars whose research and teaching encompasses various aspects of the 'long nineteenth century' (1789–1914).

The University of New England is literally grounded in the nineteenth century, being set in the grounds of the sprawling 1880s Booloominbah mansion and property. Not least as an outpost of empire (epitomised by the 1901 Gordon Window, and the civilization of Europe in the nineteenth century, the university's ongoing function is inseparably linked to its 19th-century heritage.

Given this context – and the existence of well-established teaching and research cultures associated with that context since the university's formal independence in 1954 – it seems appropriate that the diversity should be brought together in a meaningful fashion.

The community network aims to consolidate and enhance the existing expertise of UNE scholars in this field, with a view to establishing and strengthening cross-disciplinary connections, and raising awareness of the university's particular talents in nineteenth-century studies. The network's members are enthusiastic and interested in supervising students in various fields of nineteenth-century studies, including: music, visual culture, literature, history, philosophy, art, sport, and leisure. 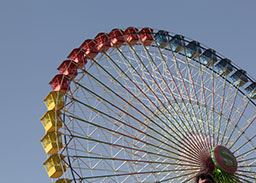 Dr Richard Scully's ARC project has broadened of our understanding of this pivotal form of political art.