Mr Gregory Davison, Director of the Oorala Aboriginal Centre said, ‘I am excited to congratulate all our fantastic graduates on their achievements. Twenty-one graduates have prepared themselves to pursue professional careers and this will not only benefit themselves but their families and communities.’ 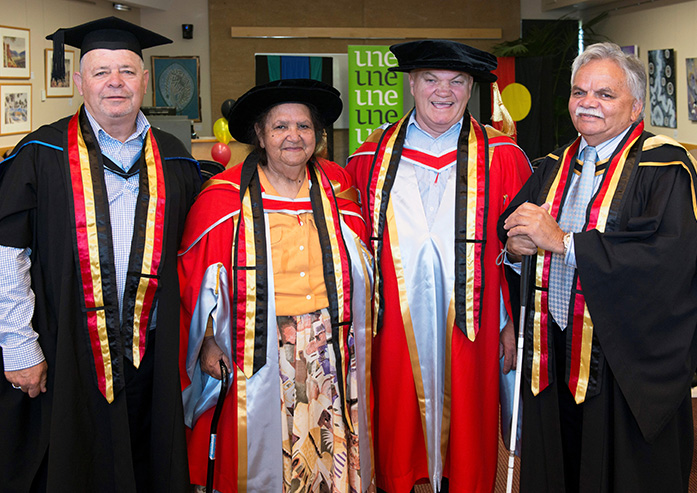 Alongside those beginning their careers, Professor Jack Beetson and Mrs Dianne Roberts were awarded an Honorary Doctor of Letters honoris causa (HonDLitt). Professor Beetson is honoured for his outstanding and ongoing contribution to adult education in Indigenous communities both in Australia and overseas.

Mrs Roberts received this award for her distinguished service to the Aboriginal community within the broader New England region as well as her continuing service to the Oorala Aboriginal Centre at UNE and in Aboriginal education, generally.