: Do you feel you're doing enough to overcome the problem of assault within the colleges?

: The work undertaken by UNE regarding sexual assault and sexual harassment is continuing and will be embedded as business as usual for the University.

UNE has a leading role in shaping the conversation and changing attitudes and behaviours on campus and in the wider community around the issue of sexual assault and harassment.

This important and vital work is and will be ongoing.

In the words of our Vice-Chancellor, Professor Annabelle Duncan;
“We will not tolerate sexual assault or harassment at UNE. It starts with Respect for everyone, right Now, and Always.
Respect is a way of treating or thinking about everything and everyone.

: How long do I have to wait to see a university counsellor if I have been sexually assaulted?

: • In the event of a crisis or critical incident, the Service will cancel appointments as needed to respond to an emergency situation.
• If a student reports sexual harassment or assault, the Service asks, where possible, if the student wishes to be seen straight away, as some students may not want to engage in counselling. We are guided by the student where possible.
• There is a counsellor dedicated to work only with students living within the UNE Residential System. That counsellor has an urgent/emergency appointment set aside at 2pm each day, which a Head of College or the Residential Student Leaders can book on behalf of any student they are concerned about.

: If I report a sexual assault to the university, will they tell the police?

: The University will only tell the Police if:

-the victim wishes the University to do so,
-the victim is a child so under the age of 18 years, or
-there is an immediate threat/risk of danger to the victim or someone else.

The University will however assist a victim if they do want to report it to the Police. There is also an anonymous reporting form for the police as well as for the University. See the Respect Now Always web page for the links to these forms and for a link to the NSW Police information about adult sexual assault.

: I would like to re commence my graduate diploma counselling in trimester 3

Thank you for your question. Please contact Student Success on (02) 67734444. This is the University's Admissions and Enrolment Area. They should be able to assist you. Otherwise call SGU on 6773 4260.

This Q&A is for questions relating to Sexual Assault and Harassment.

Can I help you at all in this area? 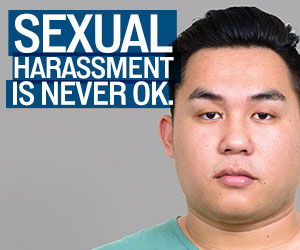 Use this form to make a confidential, informal report of sexual assault or harassment to UNE. You can provide as much or as little information as you feel comfortable disclosing.