Internationally recognised filmmaker to work with Community to share Songlines 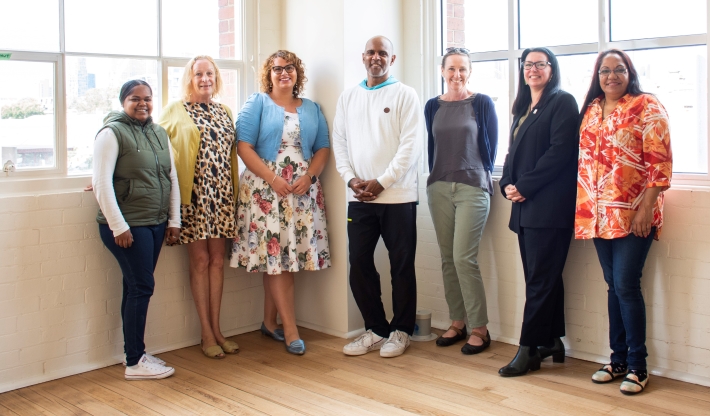 Founder Tony Briggs, a Yorta Yorta/Wurundjeri (Woiwurrung) theatre and film practitioner, internationally known as the creator and writer of award-winning film ‘The Sapphires’, said he is excited to be working on the project.

“Songlines are the history of Australia,” Mr Briggs said.

“Songlines have always been shared from generation to generation – until colonisation damaged that ongoing process as well as the widespread understanding and respect of traditional knowledge.

“By creating a documentary film, we will use contemporary, accessible media to share Songlines and give younger generations and non-Aboriginal people some access to that knowledge.”

“One of the core visions of Typecast Entertainment is to support and provide visibility to First Nations filmmakers,” said Mr Briggs, who along with Typecast co-founder Damienne Pradier and their team, brings many years of experience and an impressive range of credits to the project.

“Through this project we will have an opportunity to mentor young and emerging filmmakers and artists in regional and remotes communities,” he said.

The documentary film will be a large and essential part of a broader project.

“We are thrilled that Typecast Entertainment will be joining us on this journey,” said UNE’s Dr Lorina L. Barker a Wangkumara/Muruwari scholar and Lead Chief Investigator of the ‘Songlines of Country’ project.

“The experience, skills and vision that they bring to the project will ensure the creation of a beautiful film – one that reaches across generations and cultures.”

‘Songlines of Country’ is an oral history and multimedia project tracking three significant Songlines (Baiame, the Mundaguddah and the Seven Sisters) and their travelling routes - from the Flinders Ranges in northeast SA into the Corner Country, to southwest QLD and to the Baaka (Darling River) in northwest NSW.

On Country Gatherings and workshops will be held at significant sites during field trips – creating space for Elders/Community to share stories of Songlines – utilising contemporary media that enables transfer of ancient knowledge to younger audiences.

Dr Barker in partnership with the President of International Oral History Association Dr Sue Anderson (University of South Australia), and Wiradjuri scholar Dr Sadie Heckenberg (Swinburne University of Technology) form the oral history research team, and together bring a depth of cultural knowledge, dedication and experience that interweave with the core visions of Typecast Entertainment.

‘Songlines of Country’ has been created in partnership between Community and Taragara. It is supported by the University of New England, communities, organisations and funding bodies in South Australia, New South Wales and Queensland.