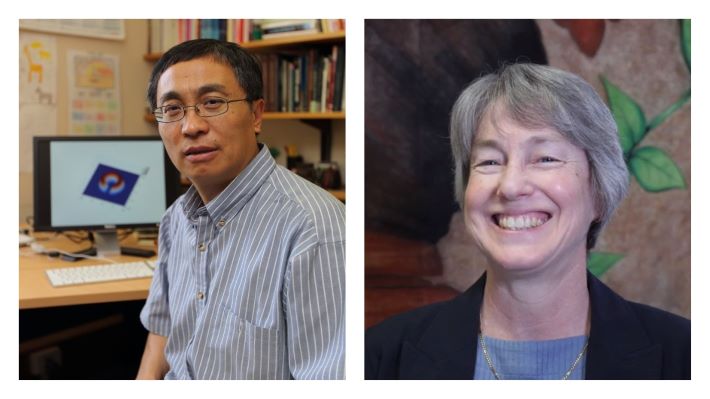 The awards recognise the world’s most influential researchers in their fields, and includes UNE’s Professor of Mathematics Yihong Du and Adjunct Professor Annette Cowie in in the category “Cross Fields”, both for the second year running.

Vice-Chancellor and CEO, Professor Brigid Heywood congratulated Professor Du and Professor Cowie on their achievement, which she likened to the holy grail of academic recognition.

“Being named a Highly Cited Researcher is much more than just a citation – these researchers are exceptionally influential in their fields and have the respect and attention of their peers globally,” Professor Heywood said.

“Their work supports research and innovation that is making a critical difference to communities far and wide.

“My warmest congratulations to Yihong and Annette on this outstanding achievement. UNE is proud to have you as part of our academic community.”

Professor Yihong Du’s ground-breaking work, with collaborators in Australia, China, Japan, Spain and the United States, investigates how pure mathematics may help solve vexing questions in the fields of chemistry and biology. He was recently awarded a $464,000 ARC Discovery grant, his eighth, to support further research.

Professor Cowie, a researcher with the Department of Primary Industries, has a background in soil science and plant nutrition, with particular interest in sustainable resource management. She is a co-author of the latest report from the Intergovernmental Panel on Climate Change (IPCC), which warns that the productive capability of the world's land is under intense human pressure, and that climate change is adding significant additional stress.

The highly anticipated list identifies scientists and social scientists who produced multiple papers ranking in the top 1% by citations for their field and year of publication, demonstrating significant research influence among their peers.

The methodology that determines the who’s who of influential researchers draws on the data and analysis performed by bibliometric experts from the Institute for Scientific Information at the Web of Science Group.

The data is taken from 21 broad research fields within Essential Science Indicators, a component of InCites. The fields are defined by sets of journals and exceptionally, in the case of multidisciplinary journals such as Nature and Science, by a paper-by-paper assignment to a field based on an analysis of the cited references in the papers. This percentile-based selection method removes the citation advantage of older papers relative to recently published ones, since papers are weighed against others in the same annual cohort.