“Laughter is the best medicine”

Published 10 October 2019
Staff member Nigel Wratten is about to embark on another Camp Quality outback adventure to raise funds for children with cancer. 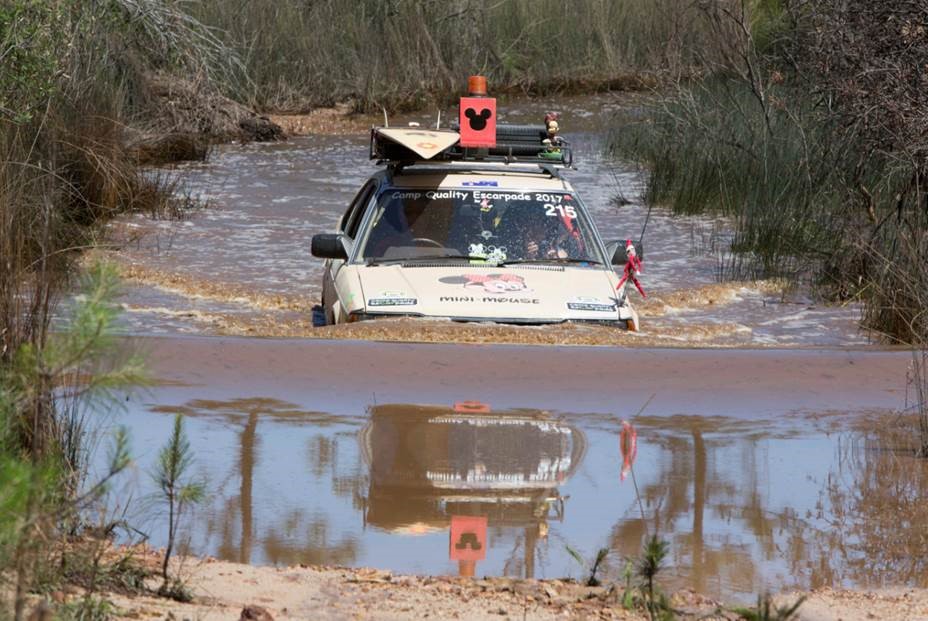 Twelve years ago, University of New England staff member Nigel Wratten became involved in Camp Quality (CQ), a service that helps children with cancer deal with the daily difficulties brought on by the disease.

“I learned about CQ from a former staff member who had a sick child and decided to become involved,” Nigel said.

Nigel initially signed up to CQ as a companion, people who support the children, aged 0 to 13, during annual getaways and provide much-needed respite for carers and parents at the same time.

“We generally take the kids and their families to Coffs Harbour for five days. Companions take care of the kids while the parents stay at a different location but close enough to be on hand if say a child may need their Mum or Dad’s support” Nigel said.

Being a companion is very rewarding. Once Nigel had attended a series of Camps as a ‘Companion’, he then made the switch to fundraising in 2015.

“Our major fundraising drive is the annual esCarpade. We visit outback communities to raise funds and awareness for children with cancer. Last year, we travelled from Bathurst to Wagga Wagga, covering more than 3,000km.”

“Fundraising is a team effort and we work closely with the wonderful Armidale CQ volunteer group to raise money for our kids. As an entry in esCarpade, we commit to raise a minimum of $5,000. We usually exceed our goal.”

“I also want to acknowledge the ongoing support of my colleagues within Financial Performance and Analytical Services (FPAS). They have contributed in a myriad of ways, including BBQs and raffles, over the years and I’m very grateful for each and every contribution.”

The funds raised by Camp Quality supports sick children in various ways. Should you want to contribute, you can support Nigel’s esCarpade here. All funds raised in Armidale are used to support local children.

Camp Quality is always looking for volunteers and there are many ways to help. Learn more about how to become involved.

EsCarpade annually raises about $1.4 million in NSW. Here is a glimpse of how the funds are used.