Seeking a better end for the lifelong disabled

Published 05 June 2019
The final stages of life are not easy for anyone, but especially not for the lifelong disabled and their carers. UNE's Stuart Wark is on a long quest to learn how we can do things better. 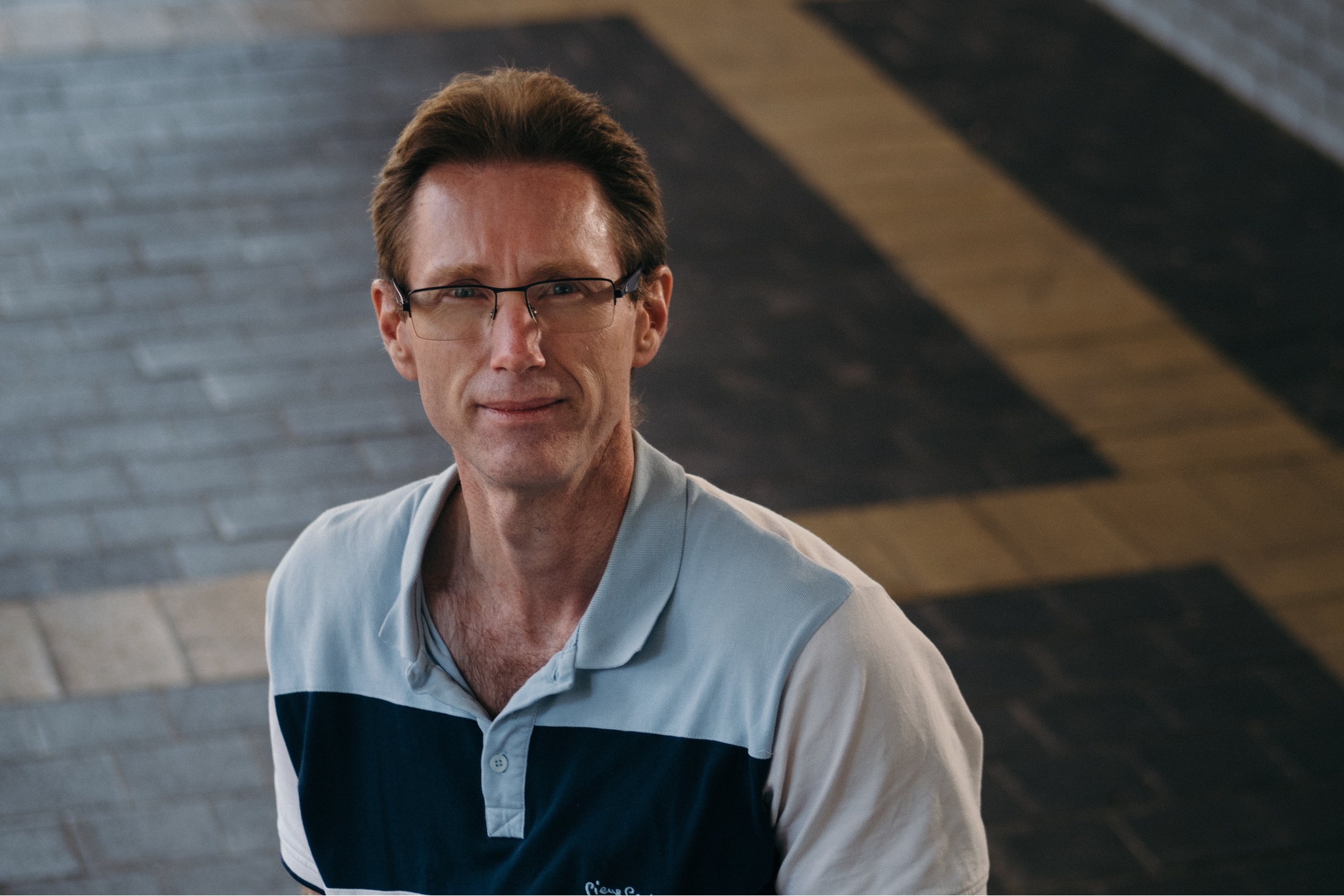 The last stages of life are a challenge at the best of times, but the University of New England's Dr Stuart Wark is concerned with an even more complex problem: the end-of-life for individuals with lifelong intellectual disability, and particularly for those who reside in rural areas.

Lifelong disability, age and geography form a potent trifecta of issues that our society has yet to adequately address, says the Associate Professor with UNE's School of Rural Medicine.

"This is a contemporary issue because for the first time in history people with intellectual disability are living to old age," Dr Wark said.

Care for an individual as they age often falls on their parents, as primary carers – and at this point, the parents themselves are deep into old age.

Dr Wark reports instances where an ageing parent has found themselves caring for a partner with dementia as well as their adult child; or even situations where the tables turn, and the adult child with a lifelong disability becomes the carer for their ailing parents.

The social support system does not deal well with end-of-life for people with a lifelong disability. For example, Dr Wark notes that often a person older than 65 can receive either aged care support, or disability support, but not both. Many issues around the ageing of people with disability are not unique, and age carries familiar challenges for everyone.

Dr Wark is among a number of researchers and agencies across NSW and Queensland that recently completed an Australian Research Council (ARC) Linkage grant that compares ageing in the mainstream community with those with lifelong disability. "It seems that many of the issues are quite similar," he said. "The failures that led to the Royal Commission into ageing are similar to those we're seeing in the disability community. The current systems are not working well for a number of complicated reasons. However, lifelong disability does add a further layer of complexity."

Distance compounds these issues. Their research has found that access to services for people with disabilities isn't greatly different in inter-regional areas (for example, Coffs Harbour or Tamworth) compared to outer metropolitan areas, such as Penrith in western Sydney. But further out, access plummets. Dr Wark is talking to rural carers across Australia to assess their specific challenges, and what can be done to support them better. He observes that informal carers are a group that collectively provide billions of dollars in services that otherwise would be levied from taxpayers. "We should be listening to them".

Often, well-intentioned policy is designed without the subtlety that might make it more effective – especially in rural areas where choices are already limited.

"The Commonwealth government has a mandate around "ageing in place" to try to support people to remain in their place in the community for as long as possible."

"What we found as part of our ARC research was that most people don't necessarily want to age in place; they want to age in their chosen place. And for some, that may mean choosing to move to a different location away from their longstanding community home, but so long as their family and familiar things around them, they are happy."

For his part, Dr Wark believes many of the difficulties that arise around ageing with a disability stem from silos between State and Federal governments, and the bureaucracies within those governments, that prevent the holistic thinking and structures necessary to ease the stress of ageing across all communities.

There is constant responsibility shifting between the different groups, who argue that someone's primary problem is not in their brief, and therefore they need to be supported by someone else.

Dr Wark last year won an Endeavour Foundation Fellowship that supported a three-month research trip to the United Kingdom and Ireland to study this issue.

Scotland, he learned, has some very effective demonstration models of overcoming government barriers to ageing and disability support, and he is weaving those examples into a best-practice model being developed by himself and other researchers as a guide to future government policy.

Is he optimistic that things will change? Not immediately, after two decades of seeing people with intellectual disability poorly served by government. But he has a long investment in trying to make things better.

Born in Inverell, NSW, Dr Wark did an Arts degree before doing his Honours in Psychology. He worked in the NSW Western Division before moving to Armidale in 1995 to join what was then the Challenge Foundation, and is now The Ascent Group.

Started as a non-governmental organisation in 1955, by six Armidale parents of children with a disability and a local policeman, Ascent expanded over the decades to accommodate the needs of the local community. The group founded a special school to provide education for children with disabilities. When they finished school, the organisation then recognised the need to adapt and opened employment and accommodation services.

However, Dr Wark feels that the needs of ageing individuals have never really been managed effectively by the disability, ageing and health sectors.

Dr Wark provided an example of a woman who the system failed. "While she had been supported successfully by a disability organisation for many decades, she fell over and broke her hip when she was in her mid-50s. Although she had lived with the same two women for over 30 years, she was moved away from them and her home town to a nursing home over an hour away."

It was a really horrific experience for everyone, and it brought home to me how poorly we support vulnerable people during their end of life stage.

For Dr Wark, that started the journey that he is still on.

"As a community, we are often failing people really badly at during end-of-life stage, and the situation has not improved dramatically in the last 15-20 years. We would all like to help improve it."