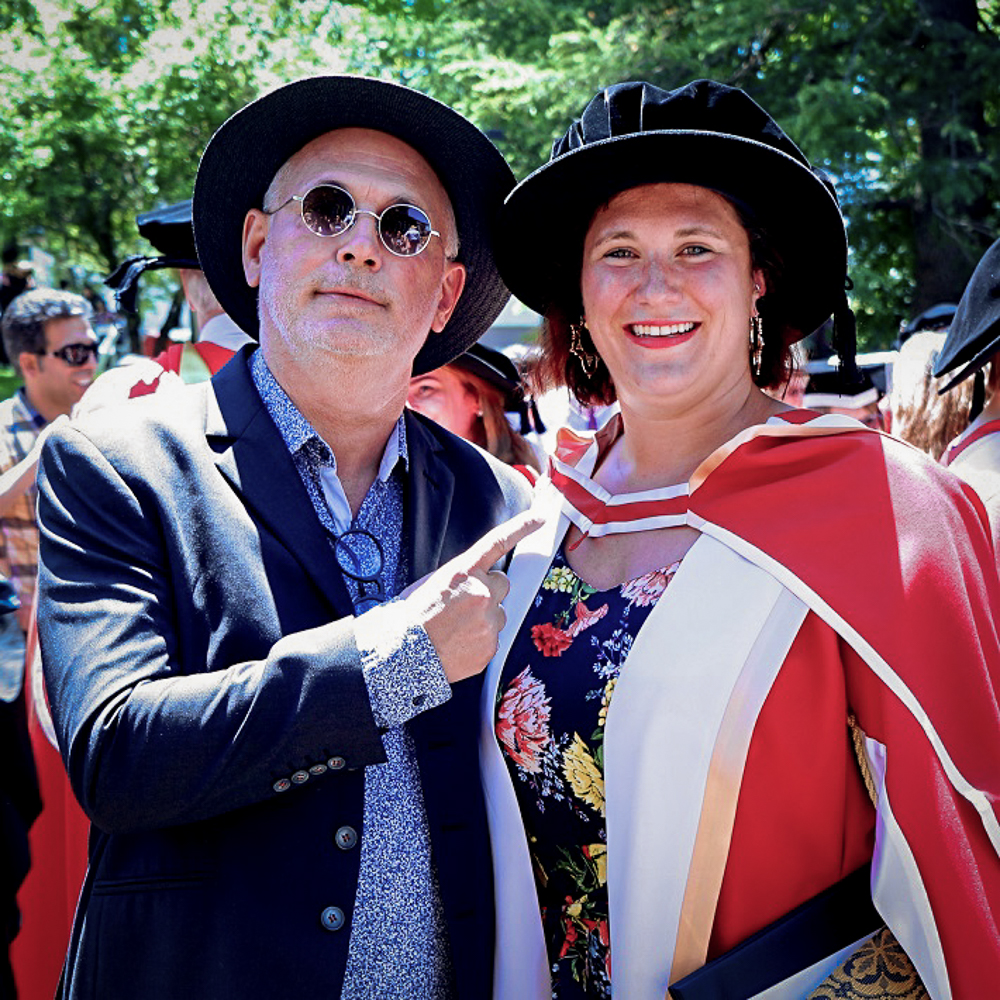 Image: Dr Léa Labeur, pictured with her dad, was awarded her PhD at the Spring Graduation ceremony

When Léa Labeur received her PhD in Animal Sciences at the University of New England’s Spring Graduation ceremony last weekend it capped a high point in an educational career that is inextricably linked to languages, travel and to being herself.

“Do you, after all no one knows your limitations as well as you. You are the only one that knows your limits. What works for someone else will not work for you, so do you,” is Léa’s motto.

Her story to date bears testament to this. Born in France, Léa spent the first six years of her life in Poland. “I was home-schooled in French but I only spoke it with my parents. At that time Polish was my native language.”

The family then moved to Japan where Léa attended a French school and added Japanese and Chinese to her growing repertoire of languages.

Upon completing her secondary education, Léa returned to her homeland and successfully applied to study Engineer of Agricultural Sciences at one of France’s prestigious Grande Écoles. A requirement to complete a professional gap year, together with a desire to improve her English and a chance conversation with a fellow student, led her to Armidale.

“I was encouraged to go abroad for my gap year. I wanted to work on my English and I wanted something different when it came to culture – Australia sounded very exotic to me.  I also wanted to work with animals and not spend all my time in an office.”

Léa spent seven months working at CSIRO as a risk technician before leaving for Central America to complete the remainder of her gap year and improve her Spanish. Along the way she also spent a year learning German and Latin.

The experience not only laid the foundation for Léa’s return to Armidale and UNE, it also alleviated her misgivings about research.

“When I first came here I didn’t want to do research. I’m not against research but I might have had a misconception about it. I worked with a welfare team at CSIRO and that made me realise you can be a scientist who work with animals outdoors and do research.”

So when a former supervisor emailed her about PhD opportunities available at UNE she didn’t hesitate.

“I didn’t want to do a PhD just for the sake of doing it. It had to be interesting.” Léa ended up doing a PhD in Animal Studies which focused on low lamb survival rates and how these can be improved.

And with more energy than time to spare, Léa also taught French classes twice a week for Alliance Francaise in Armidale, tutored first years students and provided academic mentorship to college residents. Her relief from study was sport, mostly rugby 7s and netball, which she played on Saturdays.

Léa was awarded her PhD at UNE’s Spring Graduation on last Saturday. In attendance was her father who has travelled from Niger, Africa to be with her. Her mother, who is teaching in Cambodia, and her sister, who is living in France, was unable to make the trip.