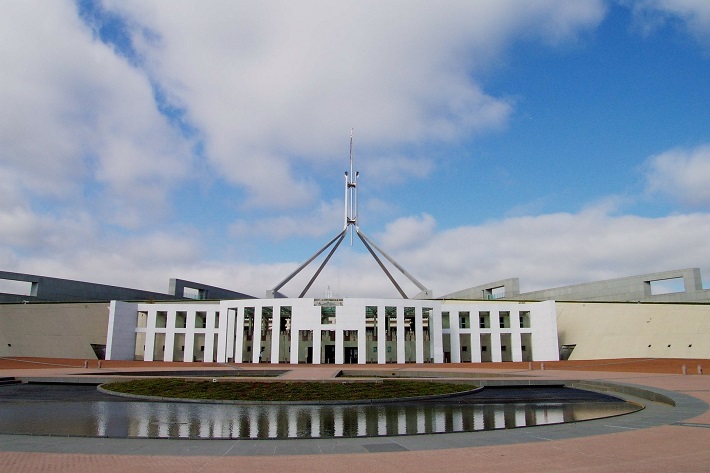 From the "slut-shaming" of Senator Sarah Hanson-Young and former Labor member Emma Husar, to the resignation of Liberal MP Julia Banks and the demise of electorally popular Julie Bishop, women in politics, especially, are subject to a pervasive gender bias.

That's the frank assessment of UNE PhD student Angelika Heurich, whose current social research is exploring the influence and impact Australian women are having both inside and outside politics.

"We've hit that glass ceiling again," Angelika said. "Julie Bishop might have broken through it to serve as Deputy Leader of the Liberal Party for 11 years Foreign Minister for five years, but we've been set back 30 years by the messy way in which the Liberal leadership spill has been handled and the appalling way that she's been treated. And it's not just within the Liberal Party; gender bias is part of Australian culture. There can be a prevailing attitude that men are better at in-charge positions and women don't always vote for women."

Angelika said Julie Bishop's snubbing is but the latest example of female politicians being treated differently to their male counterparts. "Emma Husar was targeted as a woman and accused of sexual allegations found to be false, yet Barnaby Joyce is back in the cabinet, after all the things he actually did and all the things he said about his colleagues," she said.

"For women in politics it's still a lot about what they are wearing and how they wear their hair, when they would much rather be focusing on policy, not appearance."

And the upshot? "These incidents will dissuade many young women from contemplating a career in politics and consequently deny all women that representation in Parliament, just as people of diverse cultures and sexuality are also limited in their representation," Angelika said.

"Parliament is not representative of our community and serves to reinforce the collective power of older white men."

Decisions on whether to walk away or "fight the good fight" - as Sarah Hanson-Young is doing in taking defamation action against Liberal Democrat Senator David Leyonhjelm - can weigh heavily on our female representatives. "A lot of the women I am interviewing as part of my research, from political activist Eva Cox and pioneering vascular surgeon Dr Gabrielle McMullin to former NSW Liberal leader Kerry Chikarovski, are forerunners who have had to call on extraordinary reserves of resilience to exact change," Angelika said. "I hope my research gives context to the kinds of political events we are witnessing today and reveals the difficulties faced by female politicians; how their important advocacy work can become lost in sexuality and gender issues."

Angelika is just as interested in the roles and attitudes of change-makers who have elected not to enter politics. "What empowers and restricts women, what drives them and the issues they are most passionate about, that's what I am exploring," she said. "I'm investigating the power differential and where true power rests for women. Instead of creating his-tory, I think it's time we created her-story."