The benefits of regional practice 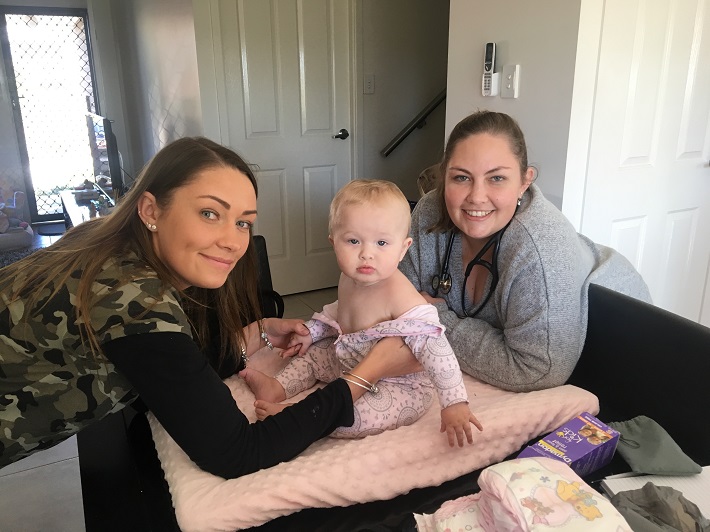 The benefits of having studied medicine at the University of New England's School of Rural Medicine became very apparent to Dr Rhiannon Faulkner when she began her internship at a major regional hospital.

"On my very first day I was pulled into the operating theatre for a thyroid list," she said. "The staff were so impressed that I had scrubbed in to multiple theatre lists before, that I knew some of the equipment and procedures. The same thing happened when I did my obstetrics rotation; I had already delivered babies and had experience using humidicribs and resuscitators. That's the mark of studying with the Joint Medical Program at UNE; you've amassed a lot of hands-on experience even before you've finished your degree."

A few years down the track, Rhiannon has continued to develop her skill set, with placements in Armidale, Lismore, Taree, Maclean and Fiji. After two years as a resident medical officer at The Tweed Hospital, she worked as a visiting medical officer and registrar in Inverell, before joining a busy GP clinic in Tamworth this year.

"I've had wonderful mentors and supervision throughout my training as a junior doctor," Rhiannon said. "I've been able to gain very broad clinical experience and I've had opportunities that a junior doctor wouldn't normally have. The skill development has been fantastic.

"Here in Tamworth I am developing a good patient base and becoming part of the community. That's helping me to become more aware of the specific needs of our community and I think it will eventually help me to function better as a doctor."

Far from being a disadvantage studying medicine at a regional university, Rhiannon believes it's been an advantage. "We may not have received the same exposure to sub-specialties at UNE but we were taught by lecturers who are still clinicians in their area of expertise," she said. "That was very beneficial because you would run into them again on your placements and during subsequent training."

"I had a great experience at medical school at UNE and it reinforced that I would like to work in a smaller regional community," Rhiannon said. "It's very important to have such programs to encourage people like me who are dedicated to becoming rural doctors, but also to present the option to those who may not have considered it before. UNE has been critical to me developing the skills I will need in rural practice and has fostered confidence in working in a rural environment."