Published 10 May 2018
With four more politicians ruled ineligible to serve and calls for the Australian Constitution to be amended, our nation’s long-running citizenship saga is far from over. Which makes this yea… 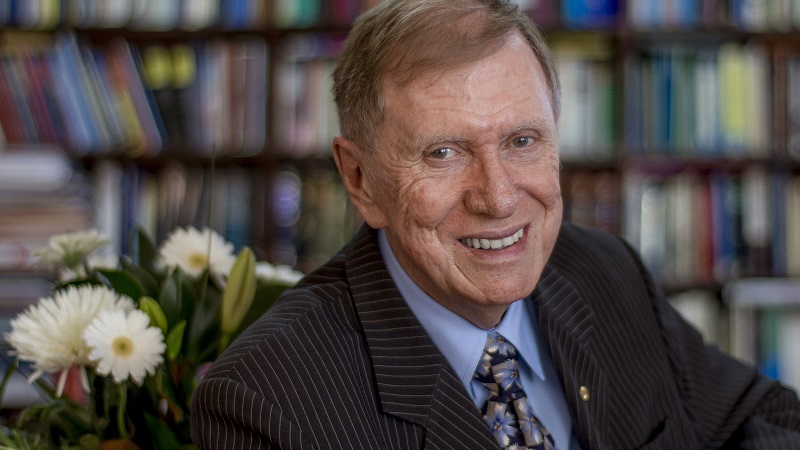 With four more politicians ruled ineligible to serve and calls for the Australian Constitution to be amended, our nation’s long-running citizenship saga is far from over. Which makes this year’s University of New England Sir Frank Kitto Lecture by former Justice of the High Court Michael Kirby particularly timely.

In the past year, 14 politicians found to have dual citizenship have been disqualified from sitting in Federal Parliament – among them the Member for New England, Barnaby Joyce – causing a string of election recounts and by-elections. The Honourable Michael Kirby will address the question of whether we need to amend the Australian constitution, adopted back in 1900, when the United Kingdom, Canada or New Zealand were not known as “foreign powers”.

The Sir Frank Kitto Lecture, hosted by the UNE School of Law as part of Law Week, honours the former UNE Chancellor and Justice of the High Court of Australia. It will be given on Friday 18 May, starting at 1pm in the JP Belshaw Lecture Theatre (LT1) in the EBL Building at UNE on Trevenna Road. Members of the public are welcome.

As well as the lecture, Mr Kirby will meet with UNE law students and legal studies students from local high schools to outline his career trajectory as part of Careers Week. He will also share afternoon tea with members of the university’s LGBTQI+ community.